WATCH: An Australian actor has been making waves. Chris Hemsworth, best known for playing Thor in the Marvel superhero movies, has been surfing on the west coast of Vancouver Island and sharing the photos with millions of followers on social media.

There was some real buzz on the streets of Tofino Monday in the wake of a star weekend visitor.

Internationally-recognized actor Chris Hemsworth, who plays Thor in the Marvel movies, flew into Tofino via local company Atleo River Air Service for a weekend of west coast hospitality. Hemsworth is shooting a new movie in Vancouver.

“We found out about it on social media like everyone else and certainly this opportunity is tremendous,” Nancy Cameron, executive director of Tourism Tofino, said.

Hemsworth shared photos of eating and surfing with his millions of Instagram followers.

Not sure if we’re robbing banks or surfing but it’s damn cold in Canada ?? well worth it though , what a beautiful place !! @azzagrist

“He was lovely. I guess he was on his vacation so he came in the shop had a bit of a wander around,” Erin Cook from the Storm Surf Shop said.

Cook helped Hemsworth get wax for his surfboard.

“I’m just got lucky that I got to help him out. I think as soon as I realized it was him, he was on his way out,” Cook said, adding that everyone kind of ran out of the shop and watched him walk around a bit.

Judging by Hemsworth’s posted photos, he had a great time in the laid-back west coast community. Locals are keen to keep his privacy as he enjoyed it while he was here.

Many shared their encounters with CHEK News off camera and said they to ensure that when he bought them a beer or visited their shop, it stayed between them. 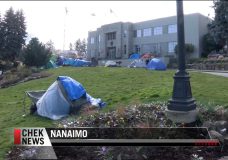 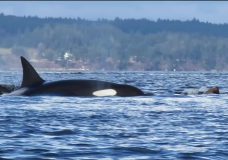