WATCH: Nanaimo city council is voting on $350,000 in new funding Monday night to help tackle homelessness. The decision is being made as a protest camp set up last week remains in place outside city hall. Those demanding more be done for the homeless say that while the money would be a good start, it’s still not enough. Kendall Hanson reports.

Twenty-plus tents set up around Nanaimo City Hall is bringing homelessness into the spotlight.

Instead of constantly moving in hopes of finding a place to stay, some homeless residents of the city have found a new home outside city hall.

“The system in place now is not designed to help the people,” said Steve Knowles, who’s been homeless for a year. “It’s designed to put up roadblocks and that’s not what people need. We have enough roadblocks ourselves.”

But even if council approves the spending, the camp may remain.

“Let’s say hypothetically tent city shuts down tomorrow,” said Matthew O’Donnell, a community advocate. “Where are all the people on this hill going to go? For the last week, I’ve noticed the downtown core has been relatively clean and quiet with the exception of tent city.”

Councillor Jerry Hong says the homeless issue is a top priority and the initiatives council is voting on were in the city’s plans well before the camp arrived at city hall.

Hong says staff is also looking for other sites for where the provincially-funded modular housing could go.

“They are actively doing that so I’m pretty sure we’re going to come up with a solution,” said Nanaimo City Councillor Jerry Hong. “As one door closes we have other doors opening with that Cranberry site so I’m excited there’s a good future use coming out of that area for that site as well.”

Several portable toilets for around downtown, extra garbage cans and syringe boxes also have to be approved. 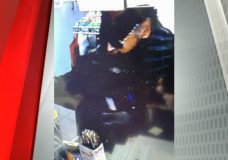 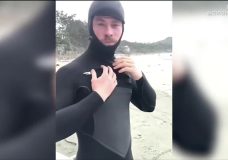