The Art of the Book 2018 exhibition at UVic

Victoria, and specifically the University of Victoria, is the first stop in a two-year exhibition of the best in book arts.

“This is a show organized by the Canadian Bookbinders and Book Artists Guild, which we have every five years.  It’s an international show of book arts” says one of the organizers of the show, Keith Valentine.

Art of the Book 2018 is exhibiting pieces from eight different countries, including the United Kingdom, France, Spain, Australia and Canada.

“Expectedly,” says Valentine “there’s quite a few from Canada, and yes, our own chapter, which is organizing this, is well-represented.”

Dawn Kristin Skinner’s work, the creation of a book from a ballad written by Oscar Wilde, was chosen as Best in Show.

“It was really quite exciting for me.  I have great respect for the judges, they’re well known in their own fields.  So it means even more to me that it won Best in Show.”

Throughout the run of the exhibition, there will be demonstrations of book arts techniques, such as papermaking, calligraphy, and different sewing patterns. 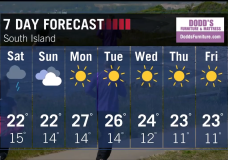 Chance of more thundershowers overnight on Vancouver Island, then back to sunshine 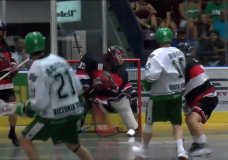