The fires have left burned patches of grass and shrubs in two local parks, after numerous calls came into the fire department for a fire at Hawthorne Park followed by another soon after.

“You could smell charcoal in the air and then my kids were down here playing and my kids said there’s a fire. I called 9-1-1 immediately,” said nearby neighbour Angela Waldick.

“It’s very concerning. There have been quite a few fires that have been lit in our neighbourhood recently and we live in a beautiful community and I just don’t understand why people are being so irresponsible,” said Richard Delowski, another neighbour.

As firefighters arrived at Hawthorne Park and found a fire 20 x 40 feet near a home bordering the park, smoke could be seen spewing from a second fire.

The second fire was behind the Nanaimo Ice Centre and measured 50 x 200 feet.

Crews put both fires out quickly and authorities suspect both were acts of arson.

“We have eyewitnesses of who started the fires and all that’s been passed onto the RCMP and RCMP is investigating,” said Stuart Kenning, Nanaimo Fire Rescue’s assistant chief of operations.

Neighbours say there have been other suspicious fires in the area recently and a possible suspect is “welcome news.”

“That’s a good thing and hopefully it will come to an end if they have and that they will learn from the mistake if they’re young. I’m assuming that they might be young,” said Tara Tait, a neighbour.

Fire crews say these fires are not connected to the fires in Bowen Park earlier this week associated with homeless camps.

They say Friday’s rain is favourable, though it may not impact the region’s fire rating.

“It will probably stay high until the end of the summer but with some rain, it will give us some help,” said Kenning.

Neighbours say that fortunately, a lack of wind Thursday afternoon prevented the fires from spreading quicker. They’re thankful for the fast response of the fire crews. 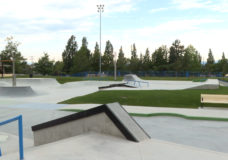 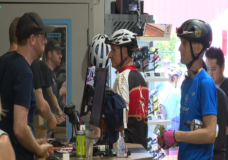 Over 2,200 riders expected at Tour De Victoria this weekend