Boarders and bikers will be able to hit Topaz Park as the new skate and bike parks officially open this Saturday.

The parks feature jumps, rails and ramps for people of all ages and skill levels.

“Then we have an area that is very challenging that is probably going to inspire some of the folks who are new to the sport, that is really primarily for those at the expert level,” said Thomas Soulliere, director of parks, recreation and facilities with the City of Victoria, as he gestured to a big bowl with huge drops.

The parks also feature unique artwork, benches and lights which cost the city about $4 million and interact with those using the skatepark.

Construction started back in December 2021.

But according to Soulliere, demand for a new facility has been around for much longer.

“Over the last really 10 years, we have heard strong voices in the community about the need for a facility like this in the north end of the city,” Soulliere added.

The impending grand opening has excited the local skateboarding community.

On Friday, residents using the Vic West Skate Park told CHEK News they can’t wait for the new park at Topaz to open.

“I think it’s going to be great,” said Zoe Iverson, a local skateboarder. “Having a big pool bowl is going to produce a lot of great skaters.”

Others said amenities like skate parks are important and safe spaces for people to practice the sport.

“If I ever ride in downtown or anywhere else, I usually get kicked kicked out,” said local Zack Wooleridge.

Reginald Harwood explained that it’s a space that allows him to “make new friends and do more tricks.”

These parks are part of a bigger $8-million investment into Topaz Park.

There will be a second phase of improvements to Topaz that will include replacing the artificial turf on the sports field and building new sport courts. 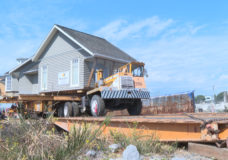 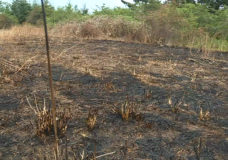