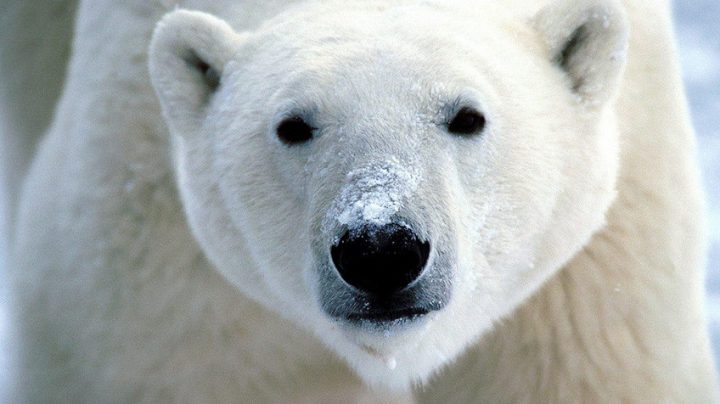 The work of University of Victoria zoologist Susan Crockford is at the centre of a survey conducted on blogs that focus on climate change.

The report, released Wednesday by the journal BioScience, says 80 per cent of publications from climate deniers cite Crockford as a source of their arguments.

The study added “Notably, as of this writing, Crockford has neither conducted any original research nor published any articles in the peer-reviewed literature on polar bears.”

Crockford says on her blog, Polar Bear Science, that the evolution of polar bears is one of her professional interests.

In a post Wednesday morning, Crockford said, “The polar bear experts who predicted tens of thousands of polar bears would be dead by now (given the ice conditions since 2007) have found my well-documented criticisms of their failed prophesies have caused them to loose face and credibility with the public.”

The analysis looked at 90 different blogs split between those that support climate change and those that do not.

It reports science-based blogs provided convincing evidence that anthropogenic global warming (AGW) poses a threat to polar bears and sea ice, but those written by deniers did not. 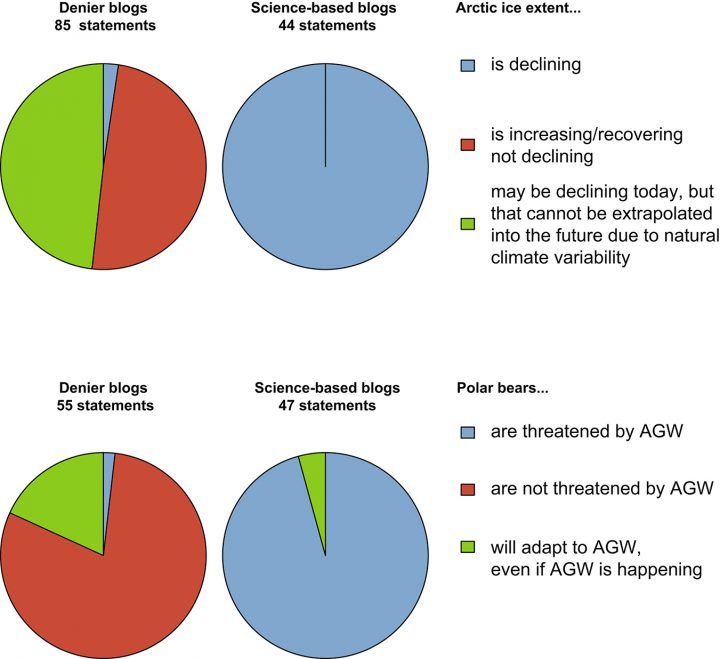 Pie charts showing the percentage of 45 science-based and 45 denier blogs expressing opinions on the effects of anthropogenic global warming (AGW) on Arctic ice extent and, in turn, on polar bears. Photo courtesy BioScience.

With files from CBC and the Canadian Press. 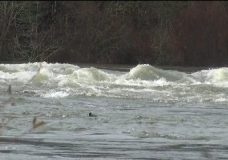