Storm Surge: 2021 is the wettest fall on record for Victoria and other parts of B.C.

It’s not very often you see a dam being built on the Trans Canada Highway, but extreme times call for extreme measures as another atmospheric river storm drenched parts of southern B.C.

“They worked through the night and the effort was incredible to protect Highway 1 in the Fraser Valley,” said Transportation Minister Rob Fleming. “It was astounding to see that and it was a real race against time.”

Damage is extensive in the Fraser Valley and on parts of Vancouver Island and after the second of three atmospheric rivers in just a week.

The third one, forecast to hit Tuesday, is expected to deal another big blow.

“The Central Coast will be the peak for this event and the northwest end of of Vancouver Island from Tofino north are susceptible of seeing the largest amount, up to 200 mm,” says Environment and Climate Change Canada warning preparedness meteorologist Armel Castellan. 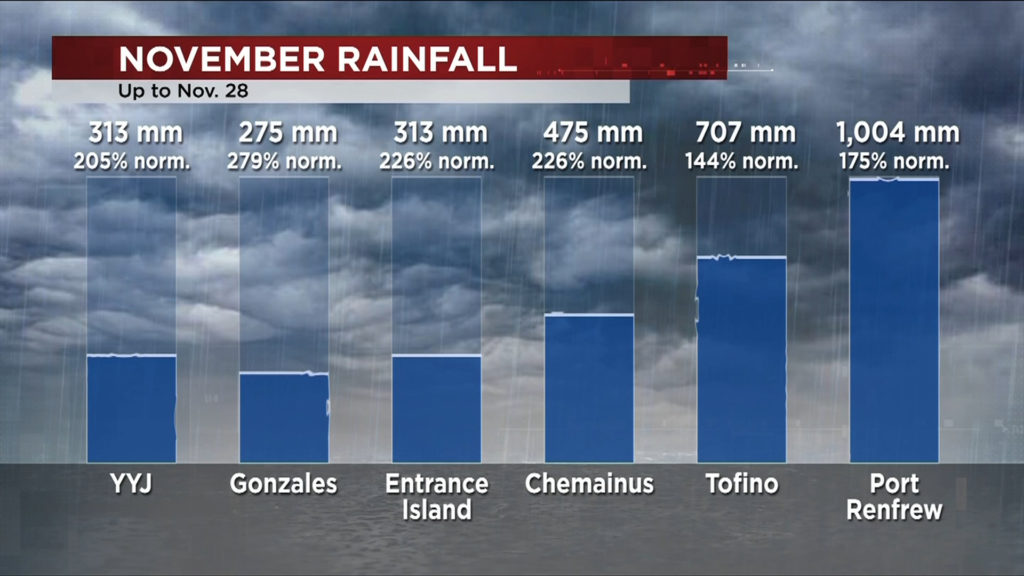 It’s already the second wettest November on record at the Victoria International Airport with  313 mm as of Nov. 28. That’s 205 per cent of what’s normal for Victoria in our wettest month of the year.

Gonzales, Victoria’s oldest weather station, is at almost 280 per cent of normal with two days to go in the month. It usually gets around 99 mm in November but this year, it’s already at 275 mm.

Entrance Island off Gabriola is at 226 per cent of normal with 313 mm.

Chemainus is also at 226 per cent of what’s typical, with 475 mm this November compared to the normal 210 mm.

Tofino, which took the brunt of the first atmospheric river last week, has had 707 mm, which is 144 per cent of normal.

Port Renfrew, west of Sooke, has seen a whopping 1,004 mm — that’s more rain that Victoria gets in an entire year.

This is now the wettest meteorological fall (September/October/November) ever recorded for Gonzales, with almost 500 mm. That’s 281 per cent of what the most southern part of Victoria typically sees.

Chemainus was soaked with 857 mm this fall — more than double normal the 382 mm that’s more typical for November.

“It’s not just a rain event, it’s not just a snow melting event, it’s also a successive storm event,” Castellan explains. “Even if this next storm isn’t not as strong as forecast, it will be problematic because of runoff and saturated soil.”

With damage to repair and that saturated soil putting us at greater risk, the province is now extending its state of emergency until December 14.

“Many people in the province have been affected in some way by these storms and we are still in a volatile and dynamic situation,” public safety minister Mike Farnworth says.

And its anticipated meteorological winter, which starts on Wednesday, is also going to be very stormy and wetter than normal, thanks to La Niña.

READ MORE: Storm one of three brings 193 mm of rain to Tofino in 24 hours 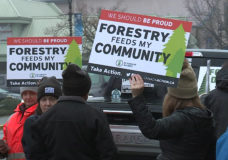 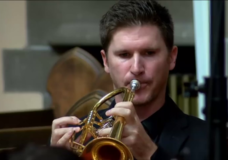