Tofino was wet even by Tofino standards Thursday as 193 mm of rain fell in 24 hours ending at 3 p.m.

The rain is believed to have caused a sinkhole on Highway 4 near Surf Sister Surf School and Tofino Resort and Marina. The road was reduced to one lane as crews dealt with the collapsed roadway. All non-essential traffic in the area was being discouraged Thursday afternoon.

The Tofino Emergency Operations Centre is active and issued this statement:

“The District encourages all members of the community to prepare for flooding and potential disruptions throughout this time. Flood Preparedness Guides are provided through Prepared BC, please visit www.preparedbc.ca.”

“A sandbag station is set up at 620 Industrial Way across from the Public Works yard for the public to access,” read a public statement on the District’s Facebook page. “The Public is limited to 20 sandbags per household and will be required to fill each bag themselves. Shovels will be available onsite.”

As of 5:30 pm Thursday a High Stream Flow Advisory was in effect for all of Vancouver Island, issued by the BC River Forecast Centre.

A High Stream Flow Advisory indicates, “River levels are rising or expected to rise rapidly, but that no major flooding is expected. Minor flooding in low-lying areas is possible.”

Other parts of Vancouver Island had received less rain.

Thursday’s storm was the first in a parade of three systems to hit Vancouver Island.

BC Public Safety officials are watching the third one, in particular, approaching early next week.

“It is coming out of the Philippines. It is that far out in the pacific but it is also the most significant of the three events, three pulses that we are facing that we are particularly concerned about,” said Minister of Public Safety Mike Farnworth.

Sandbagging stations are now available in many Island communities. Call your local municipal hall for information. 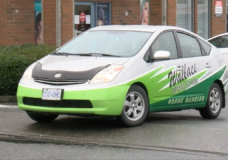 'This is very far from over': Women behind sexual assault allegations against Victoria driving instructor consider class-action lawsuit 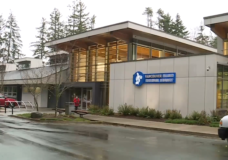