Posted: Nov. 29, 2021 6:23PM
CHEK
WatchHundreds of forestry workers and supporters rallied over proposed changes that could affect their livelihood at an event in Campbell River on Monday. Dean Stoltz has more.

Hundreds of forestry workers and supporters rallied over proposed changes that could affect their livelihood at an event in Campbell River on Monday.

The event, which took place out front of MLA Michele Babchuk’s riding office and saw nearly 200 attend, was held in response to changes the province is proposing around old-growth logging.

The B.C. Government plans to defer logging in 2.6 million hectares of old-growth forests for two years while it overhauls its approach to sustainable forest management — a process and proposal that the British Columbia Forestry Alliance and others say is unfair.

“It’s important that we get the message to the government that these processes that they’re going through are unfair, they’re unjust and they’re going to cause catastrophic damage to our forestry communities,” said Carl Sweet of the forestry alliance.

“We’re here because we’re asking for a pause, just take a pause on the deferral,” adds Tamara Meggitt, also with the forestry alliance. “We’re not saying don’t do it, we’re just saying pause, do the proper consultations and then let’s move forward in the direction that we need to move forward from, but come and talk to us first.”

Eleven areas of the province would be affected including five on Vancouver Island and the British Columbia Council of Forest Industries estimates 18,000 people could lose their jobs.

“We sell used forestry equipment and we would be affected by these deferrals in that our clientele would go from being able to work a lot to working just a little and that would cause the market to flood with equipment,” said Tim Lloyd, who owns Forest Tech Equipment in Campbell River.

“When the minister talks about a transition plan I’m at a loss as to what we might transition to,” said Port McNeill Mayor Gaby Wickstrom. “If there was an option we would have transitioned to that already.”

“I have been in contact with all of the mayors and I think there is more consultation that needs to happen and as we move forward with discussions with our Indigenous partners I’m sure those consultations will start to come forward,” said Babchuk. 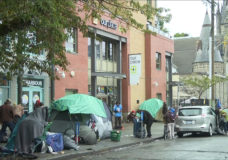 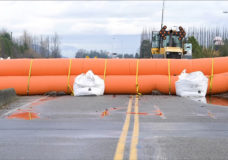 Storm Surge: 2021 is the wettest fall on record for Victoria and other parts of B.C.