A Nanaimo charity that operates Stone Soup is about to provide more warm meals to those who need them thanks to a new kitchen.

The Wisteria Community Association gives a meal each night to those in need. Its directors look forward to completing what they say will be a crucial component of their community service.

“Excited because that means we’re going to start going out with hot meals instead of bag lunches which with a hot meal more probability that they’ll go where they’re camped out and go to sleep at night,” Doug Hiltz, one of the association’s directors, told CHEK News.

The association had provided an evening meal to Nanaimo’s vulnerable for more than four years, but their location in Wisteria Lane was forced to close for bylaw infractions.

At the time, they were serving close to 130 meals a night. Despite their setbacks, they’ve continued to make meals, and the demand has more than doubled.

Fast forward to now, and thanks to community support, they’re nearing the completion of a new kitchen that is up to code and will soon be ready to serve hot food to those who need it most.

“Close to 300 meals a night, if not a little more than that, and we’re seeing a big increase in people now, too,” said Hiltz.

Stone Soup has dreamed of operating out of its own kitchen for years, and the directors started working towards having one in earnest more than a year ago.

It’s become a reality thanks to many in-kind donations, like the granite counters being donated and installed for free.

“I think it’s important for everybody to help in any way they can in the community and for us, you just feel sorry for those people who are having issues and need food and need clothes,” said Darrell Walburger, Island Granite’s Owner.

Wisteria Community Association volunteers will continue to deliver the meals to locations across Nanaimo, and they’re hoping to be operational in weeks. 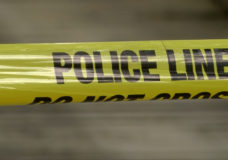 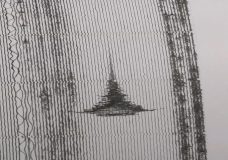