Stone Soup tears down structure that didn’t have building permit

WATCH: Volunteers at a Nanaimo soup kitchen pulled apart the structure today where they served food to the hungry but despite the change the volunteers say they’ll continue to serve soup. Kendall Hanson reports.

Volunteers at Nanaimo’s Stone Soup are tearing down walls that surrounded a tent where they feed the hungry.

Up to 160 people eat here every night.

“The city is being a bunch of bullies,” said Douglas Hiltz, a Stone Soup volunteer.

The wood structure caught the attention of a city building inspector late last month and the city told Stone Soup they would have it tear down because they didn’t have a building permit.

They had been using it since last September

“It’s unfortunate that a building permit wasn’t applied for or any discussion taken up the city before this was constructed but once having undertaken such a structure without a building permit than you face the same consequences as any other property owner in the city,” said Leonard Krog, Nanaimo’s mayor, in an interview last week.

To add to their problems, the owner of the property says that while he supports the initiative, he doesn’t have the proper insurance to allow them to stay

“I think it would be good for the community to find them a different place so the service can be continued but it doesn’t seem like the City of Nanaimo will let them stay there,” said Paul Manhas, in an interview Sunday.

Despite the serious setback, Stone Soup still has support. People continued to bring them donations today.

“It’s shameful that the city is making it more difficult. we’re going to continue but there won’t be that nice warm shelter with the wooden structure there to stay out of the wind,” said Dusty Hunter, a Stone Soup volunteer.

“And to help put some food in their belly before they go to bed at night as prevention so that they don’t die and they’re worried about liability? It doesn’t make any sense,” said Fred Statham, a Nanaimo resident.

Still, they plan to operate from the tent still standing and vow to continue offering warmth and nourishment to those who need it most. 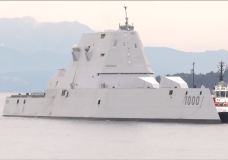 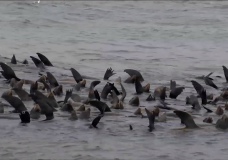