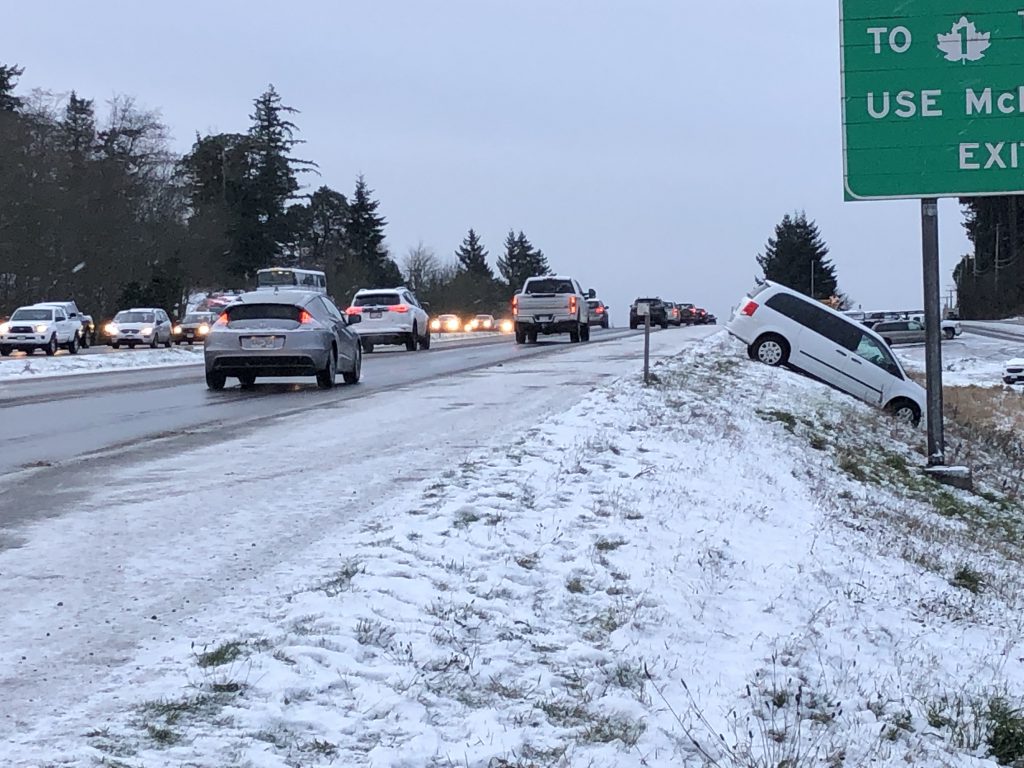 A snowfall warning for parts of Vancouver Island has been removed, after being issued by Environment Canada for Monday morning.

They were warning that amounts of five to 15 centimetres could fall in West and East Vancouver Island, the Southern Gulf-Islands and Malahat Drive.

Those driving on roads are urged to adjust their driving with changing conditions.

There were multiple vehicles that drove off the Pat Bay highway around 7:00 a.m., Saanich police say there were no injuries but that traffic was reduced to a single lane southbound.

Strong arctic outflow winds from the Fraser Valley that are colliding with the southern Gulf Islands and southeastern Vancouver Island are producing bands of heavy snow.

More details can be found here.

Some schools across Vancouver Island are still open today, but due to adverse and icy winter weather and driving conditions all Cowichan Valley School District (SD79) schools are closed.

Some residents in parts of central Vancouver Island are still without power Monday morning, after a windstorm downed many trees. There are multiple sailing waits after all three major B.C. Ferries routes were cancelled Sunday night.

Updates on outages can be found here.

Current conditions for B.C. Ferries sailings can be found here 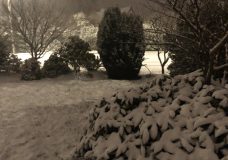