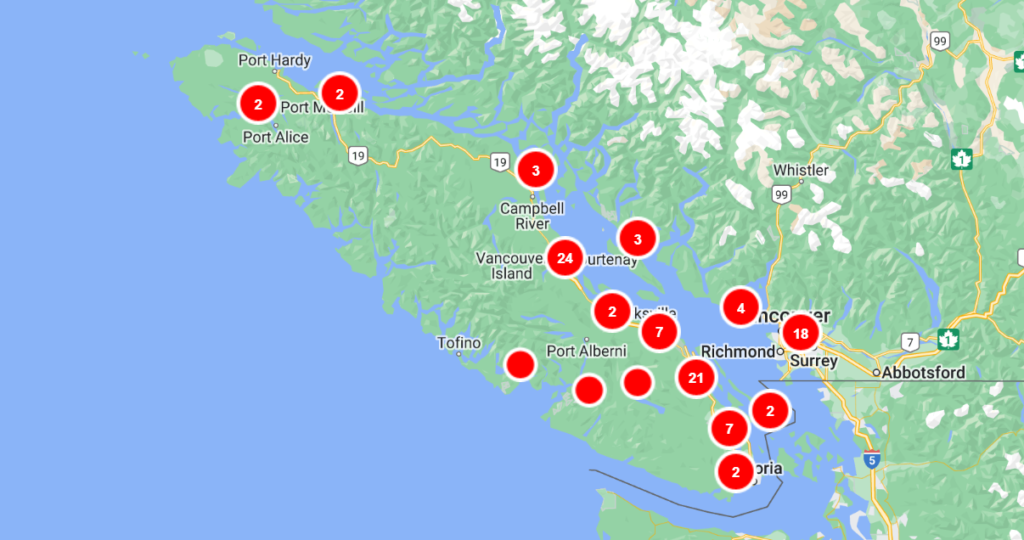 Thousands are without power on Vancouver Island amid the aftermath of the first big fall snowstorm to hit British Columbia’s south coast.

Winter weather conditions, including heavy snow and wind, knocked out the electricity for homes and businesses across the Island from Port Hardy, past Campbell River and Nanaimo, all the way to Victoria.

As of 6 a.m. Wednesday, nearly 16,000 BC Hydro customers on the Island and Gulf Islands were still in the dark, while around 5,000 were still without power on B.C.’s mainland, according to the company.

At the peak of the outages, more than 50,000 customers across the province were without power, but in an operational update early Wednesday, BC Hydro said its crews had since restored the electricity for around 30,000 overnight.

Poor road conditions and ferry cancellations delayed hydro crews from getting the job done, according to Mora Scott, a BC Hydro spokesperson, in an operational update.

“However, all available BC Hydro crews and contractor crews will continue to work around the clock until all power has been restored,” said Scott.

#BCStorm update: Crews worked throughout the night to make repairs and restore power following yesterday's storm. Repair work will continue today until all customers are restored. Here's the latest from our team: https://t.co/yHDLB14FKE pic.twitter.com/iAocow2YT7

Scott says BC Hydro understands outages are disruptive and appreciates customers’ patience as crews work to access trouble spots as quickly as possible.

People can find the complete list of current outages, including on north and south Vancouver Island, and the mainland and Sunshine Coast, online here.

While Environment Canada has since lifted snow warnings for Vancouver Island, Mainroad North Island says a “snow weather event” is anticipated in areas spanning the Comox Valley to Port Hardy over the next 72 hours.

“Crews (are) patrolling and performing snow removal operations until event passes and roads are clear,” the road maintenance company said in a tweet around 7 a.m. Wednesday. 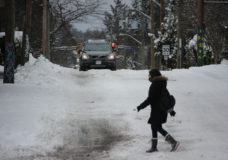 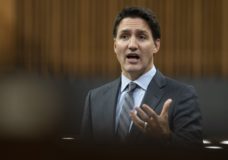