INNISFAIL, Alta. — The mayor and all but one councillor of a central Alberta town have voted to stand in solidarity with a Black Lives Matter event planned for Saturday after a deluge of bigoted online vitriol almost derailed the rally.

“We’ll be there to learn and to listen,” Innisfail Mayor Jim Romane said during a council meeting Tuesday night.

“Further, the town over the next few days will be reaching out to organizers of the event to offer support, assistance and resources as needed to welcome and ensure the safety of all who would like to participate.”

The gathering is back on thanks to a wave of support, although it is now being called a “community conversation” rather than a march or protest.

It’s one of several events happening around the world that call for an end to systemic racism and police brutality in the wake of the death of George Floyd. The Black man died last month after a Minneapolis police officer pressed his knee into his neck for nearly nine minutes.

Romane said in an interview earlier Tuesday about Bovey’s rally that non-white residents of Innisfail had never raised the issue of racism with him.

“I’ve yet to hear of problems,” he said.

“This young lady seems to think it is an issue and wants to get Innisfail on the map and declare ourselves against racism. I don’t have any problem with that at all.”

Romane added that he didn’t mean to downplay anti-Black racism when he said in an interview with the Calgary Herald on Monday that “all lives matter.”

“I meant to say that everybody’s equal, so why all of a sudden do Black lives seem to be predominant over anybody else? I just put everybody on the same level playing field.”

“Our community, despite my recent comments, is no exception. Humbly, I fully acknowledge and accept that I have much learning to do on the topic and am committed to doing better.”

The co-founders of Ubuntu – Mobilizing Central Alberta, an anti-racism group, said Romane was off base in suggesting racism isn’t an issue in Innisfail.

“As soon as someone says there is no racism, that’s a problematic statement in and of itself,” said Sadia Khan of Red Deer. “It’s their privilege that’s letting them say ‘racism does not exist in my community.'”

Dieulita Datus of Lacombe said she experiences racist micro-aggressions every day in central Alberta as a Black woman — whether it’s people touching her hair without permission or asking where she’s from.

“To categorically deny that racism exists as the mayor of a local town or city, I would really like to know where he got that information from.”

Datus and Khan are not spearheading the event, but are supporting Bovey in planning it. They say they appreciate that Bovey, who is white, was eager to listen to and include their input as racialized women.

Bovey did not respond to an interview request.

Khan said it’s important for small towns like Innisfail to express solidarity with the wider anti-racist movement, but there’s no one-size-fits-all approach.

“We can have these conversations in a small gathering and really dismantle the systems that are in place that oppress people of colour.”

Datus and Khan said to limit the spread of COVID-19, attendees will be encouraged to wear masks, gather in family groups and make use of hand-sanitizing stations.

The only Innisfail town councillor to vote against supporting the rally was Glen Carritt, who was an organizer of last year’s United We Roll truck convoy. That event was ostensibly about pushing pipelines, but participants also brought placards denouncing the United Nations and open borders.

“I will stand in solidarity with peaceful movements and against racism, but I will not stand personally for Black Lives Matter,” Carritt told the meeting.

Alberta Premier Jason Kenney, who hadn’t heard about the issue in Innisfail on Tuesday, commended those speaking out against anti-Black racism and said anyone denying it exists in the province is “just wrong.”

“They need to listen to the experiences of Black Albertans and other people from racial minority backgrounds,” he said. “They need to honour their voices, their lived experience and to seek ways to reach out and do better.”

— By Lauren Krugel in Calgary

This report by The Canadian Press was first published on June 9, 2020 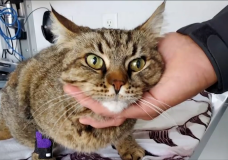 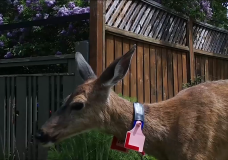