Monday was International Overdose Awareness Day and it received extra attention this year with a record number of overdose deaths spiking in B.C. in recent months.

A number of events across Vancouver Island helped to mark the day. Events were held in Victoria, Nanaimo and Campbell River, some virtual due to COVID-19.

International Drug Overdose Awareness Day is particularly painful for Sidney resident Niki Lucas. Her son Dustin died of an overdose four years ago at the age of 27.

“Dustin was my sunshine. His eyes were as bright as his eyes were blue and his mission in life was to make everybody laugh,” Niki said.

Dustin had struggled with addiction for years, but he had seemed to have turned a corner. When he got out of rehab, he had a new job in Alberta’s oil patch but he was found dead by his father in their basement.

“It’s a sad day for everybody and the numbers are not going down which we all wish they would be,” said Tanya Hiltz, of the Wisteria Community Association, an organization that serves an evening meal to Nanaimo’s hungry.

In Nanaimo, one of the hardest-hit cities, there have been 24 overdose deaths in the first seven months of this year. There was an event Monday evening at the corner of Wesley Street where many homeless people are living.

“It’s not good for anybody and too many are losing loved ones,” said Hiltz.

Back in Sidney, Niki is convinced the overdose crisis could be eradicated if clean drugs were given to the drug users

“I’d like to see safe supply because we have a poisoned supply out there and if prohibition wasn’t alive and well, we’d be saving lives right now,” said Lucas.

In BC 175 people died of drug overdoses in July. Lucas says if there were that many people dying from any other cause she’s certain the government would step in in a dramatic way to stop it.

In a statement by BC’s Minister of Mental Health and Addictions Judy Darcy said “addiction is not a moral failing. It is a health issue that should be treated like any other health issue – with consideration, caring and respect.” 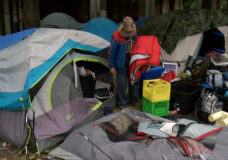 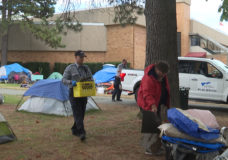