Posted: Aug. 31, 2020 6:24PM
CHEK
WatchBoth those living in Victoria’s encampments and nearby say shuffling campers is not working and are calling for longer-term solutions. Julian Kolsut reports.

Victoria bylaw officers helped some campers move into Central Park from Centennial Square Monday — after the encampment next to city hall was dismantled.

But both campers and advocates say shuffling campers is not the solution.

“Bylaw bringing people over here and shuffling people around, it seems sometimes like you are putting a band-aid on it,” said 56-year-old James Patrick Perry, who has been in Central Park for the last month.

He was helping some of the new campers move in, and worries, as the numbers grow so, will the tension.

“You get to the point when it reaches capacity, then you can have a boil-over and you can have any kind of atrocity to happen,” he said.

“Hopefully it doesn’t need to go that far. The households around here I really feel they have been able to put up with a lot already.”

The North Park Neighbourhood Association is calling for more co-ordination, as concerns continue to rise. They spent Monday handing out food to some in the park.

“There are no meal services or organized harm reduction, other than the services already offered by outreach services. There is still no more showers. There are a few people here in the park who the options they were given were Beacon Hill Park and Central Park, even though on the map the city gave said there are 13 park options.”

“I just had a chat with a woman in the park who and she asked me to walk her to the edge of the park so she and her baby could carry on their way home. That’s a problem.”

“It’s not a City of Victoria issue, it’s not a downtown issue, it’s not a Burnside/Gorge issue. It’s everywhere and until we can find ways to house people safely and appropriately with the supports they need, neighbourhoods are going to continue to have negative impacts.”

Victoria council is meeting Thursday to look at other options. There are worries little change will take place. So some are looking for their own ways out.

“I’m here with a friend who is looking for a place. We are both over 55, so together we may have a win-win situation, we hope,” added Perry. 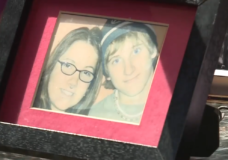 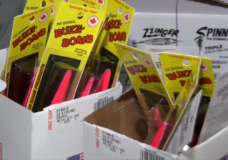