B.C. reports third month in a row with over 170 drug-related overdose deaths

For the third month in a row, the BC Coroners Service has released extremely grim statistics on drug-related overdose deaths.

In July, the province had a total of 175 suspected illicit drug toxicity deaths over the course of the month.

During a press conference on Tuesday, BC Coroners Service’s chief coroner, Lisa Lapointe, said the number represented a 136 per cent (74 deaths) increase over the numbers from July 2019.

“The number of people dying in B.C. due to an unsafe drug supply continues to surpass deaths due to homicides, motor vehicle incidents, suicides and COVID-19 combined,” said Lisa Lapointe, chief coroner.

“This health emergency continues to take a tragic toll on people from all walks of life and in all communities of the province.”

B.C. declared a public health emergency in response to the rise in drug overdose deaths back in 2016 and Lapointe suggests since that announcement, nearly 6,000 people have died in connection with illicit drug toxicity.

Once again, post-mortem toxicology testing data published for the month of July point to an increase in the number of cases with extreme fentanyl concentrations (exceeding 50 micrograms per litre) in April, May, June and July 2020 compared with previous months.

“Given the high prevalence of fentanyl detected in all fatal overdoses, if you are using illicit substances – whether it be fentanyl, heroin, cocaine or methamphetamines – it is critical that you use only in the presence of someone willing and able to inject naloxone and call for emergency assistance,” Lapointe added during Tuesday’s press conference.

Lapointe emphasized that the BC Coroner Service is continuing to advocate for a safer supply of illicit drugs in order to help combat the ongoing crisis.

Along with a safe supply, the BC Coroners Service hopes to see an “accessible, evidence-based and accountable treatment and recovery system for anyone experiencing problematic substance use who is seeking this medical assistance.”

According to the data released by the government, there have been 909 illicit drug deaths to date in 2020 in B.C. Lapointe also stated that the number of deaths in each health authority is at or near the highest monthly totals ever recorded.

Provincial health officer, Dr. Bonnie Henry, was alongside Lapointe during Monday’s press conference and spoke with a quiver in her voice about the amount of loss being experienced by British Columbians facing two ongoing health crises.

“The record numbers of people, people in our communities, our families, our neighbours, our brothers and sisters who are dying every day is at a record high,” said Dr. Henry.

B.C.’s top doctor highlighted that it’s “dismaying” that all the work the province has put towards reducing the spread of COVID-19 has been a contributing factor to the increase in overdose deaths.

“The toxicity of drug supply is extreme, and I implore anyone who may be using drugs to not do it alone. For friends and family members who are concerned about loved ones, reach out and connect with them and let them know they are not alone,” said Dr. Henry.

Guy Felicella, peer clinical advisor with the Overdose Emergency Response Centre and BC Centre on Substance Use, was on hand Tuesday as well and echoed the sentiments of Lisa Lapointe surrounding advocating for a safer supply.

Felicella emphasized that access to a safe supply is the most urgently needed intervention in the fight against overdose deaths.

“Let’s be clear. Nobody chooses to become addicted to drugs and nobody chooses to die of an overdose. We can give people a choice though: to choose between the toxic, poisoned street drug supply that is fuelling these deaths or pharmaceutical alternatives in the form of a safer supply. Making that choice a reality is a matter of life and death,” Felicella said.

The data also reveals that the number of non-fatal overdose incidents is also increasing, with a record high of more than 2,700 calls reported by BC Emergency Health Services (BCEHS) in July.

Jon Deakin, paramedic practice leader with BCEHS, said that crews are reviving overdose patients about 80 times per day. He notes that the non-fatal incidents are the “highest number of daily overdoses BCEHS has ever seen.” 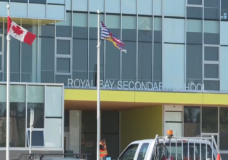 What will back to school look like? Some plans differ on the South Island