Posted: Jan. 3, 2021 6:23PM
CHEK
WatchNeither Mayfair Mall nor Island Health have confirmed the dates the employees were working or in what store, something shoppers wish they knew.

Some shoppers say they wish they had more information after a Victoria area mall announced that employees working their tested positive for COVID-19.

Yesterday, the Mayfair Shopping Centre confirmed that two workers tested positive for the virus, but did not disclose whether the workers were staff members or employees with a store inside the mall.

Neither the mall nor Island Health has confirmed the exact dates the employees were working or what stores they work at — something shoppers wish they knew.

“I think the public should know what stores to avoid if there was a contamination,” said Adam Fitchett, a local resident who often shops at the Mayfair Shopping Centre.

Another mall shopper, Tyrell Loster Peitzche, says the info of what stores the employees work at should definitely be released.

Island Health did not provide any additional details to CHEK News regarding the COVID-19 cases at the mall but said they follow up with anyone with a close contact exposure to a confirmed case.

As of Sunday evening, the two cases at Mayfair have not been listed on Island Health’s website as an outbreak or even an exposure.

Mayfair Shopping Centre told CHEK News that they hey haven’t been contacted by the health authority at all. They also said the employees are isolating and home and that mall staff have been “diligently” disinfecting common areas throughout the facility.

“Prior to being informed of this situation and on an ongoing basis, we have been and are continuing to diligently disinfect the common areas throughout the shopping centre,” said Laura Poland, general manager of the mall, said in an e-mailed statement.

“We expect that exposures like this are going to happen, a mall is a huge place with hundreds of employees,” said Paul Tupper, an Simon Fraser University applied mathematics professor. “If the person only infected only one other person, that’s actually a good thing, that the mall is doing what it’s supposed to.”

Although there is no word on further spread, Tupper says the risk is higher inside a mall than at other shopping venues. 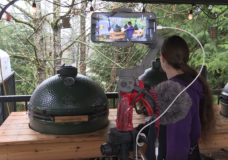 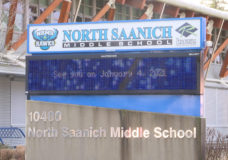