‘She was so so kind’: Cowichan family remembers 14-year-old who died from overdose

Fairlie Johnny was the baby of the family, named after the nurse who helped deliver her.

Her family describes her as a loving, hard-working little girl who loved learning how to live off the land, especially digging for clams.

“She used to have dig an ice cream bucket, back then it was $10, so sell that then she could by herself her nail polish,” her father Clyde Johnny recalls.

Fairlie was also kind. She especially loved animals and wanted to be a veterinarian. But her father says that kindness may be the very thing that lead to her death.

“You lose that one minute you never get it back,” Johnny said.

Clyde Johnny says Fairlie invited some of the local street kids to stay with them but about a month ago he started noticing changes in her: a loss of appetite, a lack of sleep, and mood changes.

“I tried hugging her and she pushed me away, wow baby, that people, you look for, little signs,” he said.

Then that little girl who still loved Lilo and Stitch and was home before dark each night died of a suspected drug overdose in her room, just one day after turning 14.

“Probably the greed and corruption of the drug dealers, keeping the stuff for themselves and probably giving my baby the bad stuff,” Johnny said.

Fairlie Johnny is one of four Cowichan Tribes members who have died from suspected drug overdoses in just the past month. On Tuesday, a group marched in front of the homes of suspected drug dealers, telling them to leave.

Indigenous people are three times more likely to die from overdose than the rest of the population.

“We need to stand together and march together and take our families back,” said Alec Johnnie, Fairlie’s uncle.

“We still have loved ones here that need our love and caring and hugs so we don’t lose anymore kids to this drug,” he said.

While the grieving family deals with the pain of their incredible loss, they say it’s not punishment they’re after, but love.

“Maybe we need better guidance in the system, not just the home where they go to sleep, we need somebody there hugging them all day long,” said Clyde.

“Maybe go to the drug dealers hug them too, they need help too, you know not harm.”

While they hold each other close through these difficult days, Fairlie’s family believe she is on a journey to meet family on the other side.

Her father now plans to raise money to start “Ohana House”, a home for homeless and troubled youth in Fairlie’s memory. 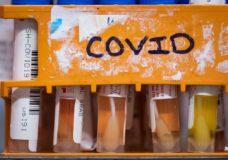 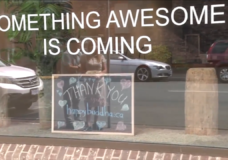