Posted: Jul. 16, 2020 6:25PM
CHEK
WatchThe Happy Buddha Cannabis shop has won its lengthy battle in court against the Town of Sidney after it was prevented from opening for months due to windows. But as Rebecca Lawrence reports, they can't open quite yet.

The sound of victorious shouts went through the empty Happy Buddha Cannabis shop in Sidney after it won its legal court battle against the city.

“It’s been a going fight, a long wait, so just great news for us absolutely,” said co-owner Brad Styles.

Provincial legislation ruled all cannabis shops must have opaque or covered windows, but in Sidney, all shops in its downtown core are required to have windows that are transparent, putting the up-and-coming pot shop on Beacon Avenue between a rock and a hard place.

READ MORE: How a window has prevented Sidney’s first cannabis shop from being approved

This conflict in regulation was relatively new back in October, and the shop’s lawyer, John Alexander, says the conflict was created by the mayor and council.

“First they rezoned Beacon Avenue to allow for cannabis sale, then they immediately passed a policy that contradicted directly the provincial regulations and made it very obvious that while they have purported to rezone the areas to have a retail store, the policy made it impossible,” explained Alexander.

The province later changed its regulations to allow for transparent storefronts for cannabis shops, but there was another problem: a lack of public consultation done by the city.

“It was clear to [the judge] that they had ignored the provincial regulation responded to the province and gave the province their position without canvassing the adjacent residents, and they simply hadn’t done it,” said Alexander.

So even though the window issue is now eliminated, the fate of the shop still lies in the municipality’s hands as they still have to survey the city’s residents about what they think of the proposed store.

“We’re discussing that Sidney would look at the application again, going through the proper process, and we look forward to doing that,” said Sidney Mayor Cliff McNeil-Smith.

Even with a few hurdles to go, the cannabis-store couple is celebrating the win in court. They started leasing the building back in July of 2019. Because of the battle with the city and COVID-19, the store has been empty for a year, costing the couple rent and lost revenue.

Because of the win, they received costs and some validation, but say it was about so much more.

“For me, in a very personal way, it’s about helping Brad and my son lead our family into a business endeavour that’s is good for everybody,” said Pendergast. “I think it became a matter of sticking up for ourselves in a certain way. It was absolutely worth it and most of all it was worth it because we learned of the amazing amount of support we got.”

Since their first beginnings in Sidney, they say they have received an unimaginable amount of support from the community, filled with positive feedback.

There are still a few hoops to jump through for the couple. The city needs to conduct the public consultation and then the couple can apply to the province for a cannabis licence. 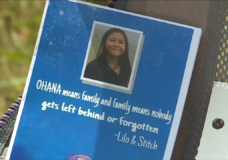 'She was so so kind': Cowichan family remembers 14-year-old who died from overdose 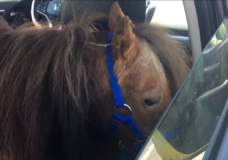 'A very little horse, with a very big heart:' Therapy horse rides around in car in Nanaimo