Posted: Jan. 7, 2020 6:20PM
CHEK
WatchA couple trying to open the first legal cannabis shop in Sidney has had their application denied so now they're taking the Town of Sidney to court. At issue? A window. April Lawrence reports.

Cindy Pendergast has a vision for what her cannabis shop on Sidney’s Beacon Avenue could look like inside.

“This will be the front counter, where we can chat with people,” she points out at the currently empty storefront at 2410 Beacon Avenue.

But her plans to open Happy Buddha, Sidney’s first legal cannabis shop, have gone up in smoke and it all comes down to a window.

“They officially rejected us based on the window, they say they don’t allow it, and we were quite perplexed,” said Pendergast.

Pendergast and her partner Brad Styles put in their application to the province’s Liquor and Cannabis Regulation Branch (LCRB) more than a year ago. But the application process requires a specific location, so they chose a space up for lease on Beacon and moved ahead.

“We have been vetted thoroughly, beyond thoroughly, security and otherwise, financially, every other way you can think of,” Pendergast said.

Then when the Town of Sidney voted last summer to allow cannabis shops on Beacon Avenue they thought they were nearing the finish line, but then the issue with the window came up.

The problem is that the LCRB requires cannabis retailers to have fully covered windows. But the Town of Sidney requires windows on Beacon Avenue to be, at least partially, clear.

Pendergast tried to get creative to solve the problem, and had a designer come up with a “living window” concept, complete with live grasses and plants. She also offered to have the word cannabis removed from the store front. But in October their application was denied and Sidney decided to ask staff to look at removing Beacon Avenue as a permitted location for cannabis retailers.

So Pendergast has launched a civil lawsuit against the Town of Sidney to try to get the decision overturned.

In its response to the lawsuit, which will be heard next week, Sidney says:

“Council was entitled to consider the appearance of the proposed cannabis store when deciding how to respond to the LCRB’s referral of the Petitioner’s application for a CRS Licence.”

Because of the legal proceedings, nobody from the Town of Sidney would comment on the story.

With so much already invested, and everything riding on this one specific location, Pendergast and Styles are still hoping they’ll get to open their covered doors someday soon. 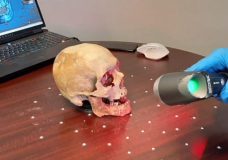 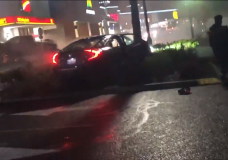 Dramatic video shows end of the driver rampage in Nanaimo