Posted: Jan. 7, 2020 6:15PM
CHEK
WatchA nearly 28-year-old mystery of found remains near Parksville is being brought to life, in hopes of finally solving the cold case. The identity of the man whose body was found has never been determined, but as Skye Ryan reports a new program aimed at putting a face to found skulls may finally offer the answer.

Roaring to life with rain Tuesday, Englishman River Falls held an almost magnetic allure for hikers and kayakers, seeking nature at its most raw.

Those familiar with the area, like kayaker Tudor Davies, know it can be a dangerous beauty.

“I’m actually having second thoughts about doing it today,” he said.

The park is the scene of a long-held mystery. A man’s body was found nearly 28 years ago and his remains have never been identified. The body was discovered on Nov. 5, 1992 but the coroner ruled that because of the condition of the remains, he may have been out there for months.

Examination of the remains revealed the man was between 40 and 55 years old and was 5’8.”

“This person was found with U.S. money in their pockets,” said Andy Watson of the BC Coroner’s Service.

“So we suspect they may have been an American citizen who was visiting the area.”

Now new life is being breathed into the unsolved case. The man’s remains (his skull) is one of 15 that the RCMP have supplied to undergo state-of-the-art 3D scanning.

The images will be shared with the New York Academy of Art so that artists can bring faces to the unidentified.

It is a joint project between the New York Academy of Art, RCMP and BC Coroner’s Service.

“That combination between seeing who they were, once that skull’s reconstructed and there’s different features added to that through the art project, and then the circumstances surrounding that death.” 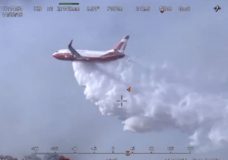 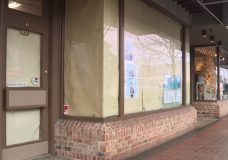