It took 5 overtimes and over 7 hours at the rink, but the Victoria Royals were eliminated from the WHL playoffs by the Everett Silvertips at the Save On Foods Memorial Centre last night.

When the Victoria Royals took the ice on Sunday afternoon, they had no idea what they would be in for. The Silvertips would open the scoring early in the second period thanks to a fluky goal off the glove of Silvertips forward Cal Babych, but the Royals would respond just a minute later courtesy of Regan Nagy’s second goal of the playoffs. Late in the second, Royals defenceman Mitchell Prowse would put a shot on net from the point, and the seeing-eye shot would beat Silvertips netminder Carter Hart to give the Royals a 2-1 lead heading into the third period.

However, the lead would be short-lived as the Silvertips would tie the game early in the third period, Everett defenceman Noah Juulsen’s shot would be deflected off Royals defenceman Marsel Ibragimov and in, sending the game to overtime.

Period after period, no goals. It was an incredible goaltending duel between Royals goalie Griffen Outhouse and Carter Hart, who represented Canada at the recent World Junior Championships. Just when the game looked like it would go on forever, Cal Babych stole the puck in his own zone, went in on a breakaway, and beat Outhouse to end the game, and the series, in the fifth overtime period.

In total, the game lasted 151 minutes and 36 seconds, breaking not only the WHL record, but also the Canadian Hockey League record for the longest game in history. Despite the loss, Royals head coach Dave Lowry was proud of his team’s efforts.

“It would’ve been nice to be on the other side of the game so everyone remembers it,” Lowry says,  “but I’ll tell you what, I can’t be more proud of my guys and how they played.”

The loss marked the end of a career for Royals players Jack Walker, Carter Folk and captain Ryan Gagnon, who was very emotional after the final buzzer sounded.

“i’m definitely pretty upset, as you can tell,” Gagnon says,  “but I just think you reflect on your career and the team and…. yeah.”

Gagnon then went on to hug with his parents and friends and family, with no dry eyes around the room.

Royals goalie Griffen Outhouse was sensational, stopping 72 shots in the loss. While the team didn’t get the result they were looking for, Outhouse is proud of his teammates for putting up such a fight.

“Its definitely tiring by the end,” Outhouse says, “you take a look at the guy beside you and you can’t do it for yourself, you gotta do it for them and look at the 20’s around the room and it wasn’t exactly what we wanted but I’m so happy how everyone battled for each other and we were there for each other.”

The old saying is, time heals all wounds. And while this loss will sting for some time, the Royals will eventually recognize the incredible feat they have accomplished. 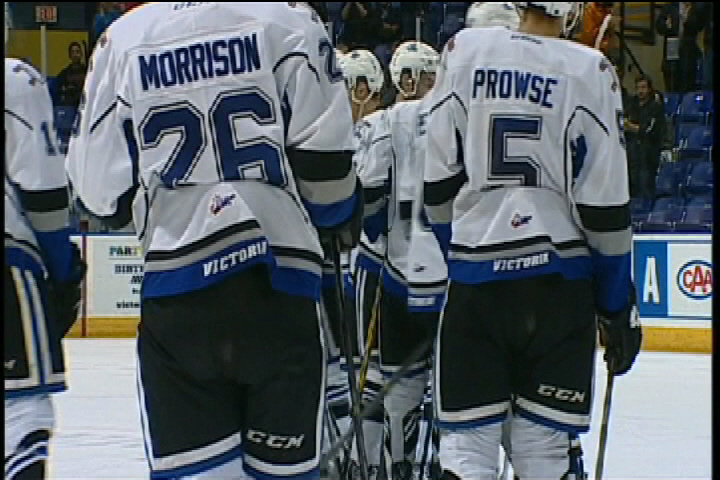 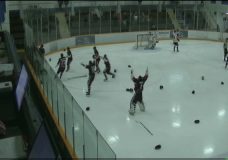 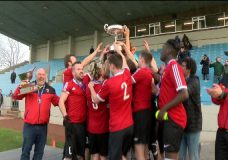