Royals General Manager Cam Hope began the day by dealing a 2nd & 6th round pick in the upcoming WHL Bantam Draft along with a conditional pick in 2019 to the Lethbridge Hurricanes for 1998 born forward Lane Zablocki. Zablocki is a 3rd round pick of the Detroit Red Wings of the NHL, and has potted 11 goals and 25 points this season with Red Deer and Lethbridge.

The Royals then dealt 2000 born forward Eric Florchuk to the Saskatoon Blades in return for two first round Bantam Draft picks (2019 & 2021), along with a 4th round pick in 2018. Florchuk was amidst a breakout season with the Royals, he recorded 7 goals and 28 points in 43 games, and is named to play in the upcoming CHL Top Prospects Game. Florchuk is on the NHL Central Scouting’s list of players to watch for the upcoming 2018 NHL Draft.

After that, the Royals dealt 1998 born forward Spencer Gerth to the Everett Silvertips for a 7th round pick in the 2019 WHL Bantam Draft. Gerth recorded 3 goals and 6 points in 43 contests with the Royals this season, and will rejoin the team he was originally traded from.

To end the day, the Royals made a splash, acquiring Brandon Wheat Kings captain Tanner Kaspick in exchange for two first round WHL Bantam Draft picks (2019 & 2021) along with prospects Jonathon Lambos and Ty Thorpe. Kaspick, a 1998 born player, is a 4th round pick of the St. Louis Blues of the NHL, and has netted 37 points in 35 games with the Wheat Kings this season. The Royals also acquired 2002 born prospect Cameron MacDonald in the deal.

“This group deserves the opportunity to do the best what we can give it,” Hope said at the Save On Foods Memorial Centre this afternoon, and getting a couple veteran guys today that change the dimension of our club, I think it makes us a better team.” 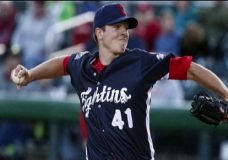 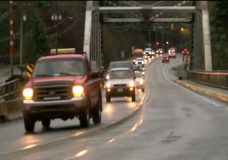