Robberies rise across the region amidst COVID-19 pandemic

Posted: Apr. 5, 2020 6:23PM
CHEK
WatchWith more people staying at home, shops closing, and less people on the streets, a window of opportunity has been opened for thieves. Business owners, however, are doing their best to close that window rather quickly.

It was no normal Sunday in downtown Victoria.

The streets were more or less empty.

Several businesses are not only closed, but they’re now being forced to board up as robbery attempts begin to increase.

“At 11:30 at night, a guy attempted to break in through one of the windows with a hammer. He was unsuccessful, the alarm went off immediately. I quickly rushed here and police were on scene here very fast.” said Tyson Schley, the owner of Giant Victoria.

Schley has been in business downtown for roughly three years. He says before this incident, he has never had any break-in attempts.

But the quiet streets, are leading to possibly, more crime.

Robinson’s Outdoor store is just down the road from Giant. The store was broken into this past winter and co-owner Erin Boggs is now going all-out in an effort to keep thieves away.

“At first I thought oh maybe that’s a bit of an extreme measure and within 48 hours seeing some of the activity that had happened in town. I would say most of us are now papering up our windows and then looking at next steps,” Boggs said.

The Mayor of Victoria Lisa Helps thinks the increase in thefts may have to do with the rising cost of street drugs, as closed borders pinch their supply.

“That’s putting pressure on people who have addictions and my guess is that cost, the increase in the drug supply is leading to break-ins,” Helps said.

But the rise in break-ins is not just happening in Victoria.

On Thursday in Langford, a bank robber got away with an undisclosed amount of money after threatening a teller with a gun, while North Cowichan/Duncan RCMP have issued a press release saying they are also seeing an increase in property crime, including thefts from vehicles. 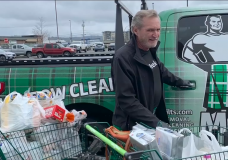 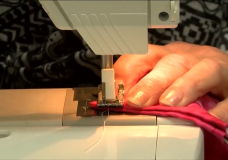