April 6, 2020 updated
CHEK
WatchWith COVID-19 bringing services to a halt, the Men In Kilts North Island franchise has switched its focus on helping its community's most vulnerable.

They should be out in their kilts, cleaning exteriors of homes all over Vancouver Island. But like many businesses, the Men In Kilts franchise in  Vancouver Island north has come to a near halt.

“April we’re going to be down fifty per cent. We’ll probably be down 75  per cent for May if it carries on . . . same for June. We’re all trying to find a way to stay alive and keep the economy going but it’s tough,” said Chris Strong, owner of the Men In Kilts Vancouver Island North franchise.

Despite concerning times, the company has mobilized its workforce to make a difference in their community through volunteering their time and helping pick-up and drop-off groceries for some of the Island’s most vulnerable residents.

“You got the anxiety of what the heck’s going on,” said Scott, adding. “What can I do to try and get rid of my anxiety and help out and this seemed to be a good way.”

The company posted to social media and word spread like a kilt on gusty day. In just over a week, they’ve delivered groceries, using extra precaution, to over one hundred homes from Duncan to Campbell River.

In a time of economic desperation, Strong says he’ll do whatever it takes to keep the business alive but for now, the altruistic endeavour is a healthy distraction for his company.

“There’s more to life than going out and making a dollar,” he said. 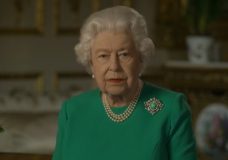 Commentary: God save the Queen and all of us 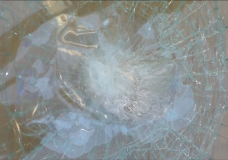 Robberies rise across the region amidst COVID-19 pandemic