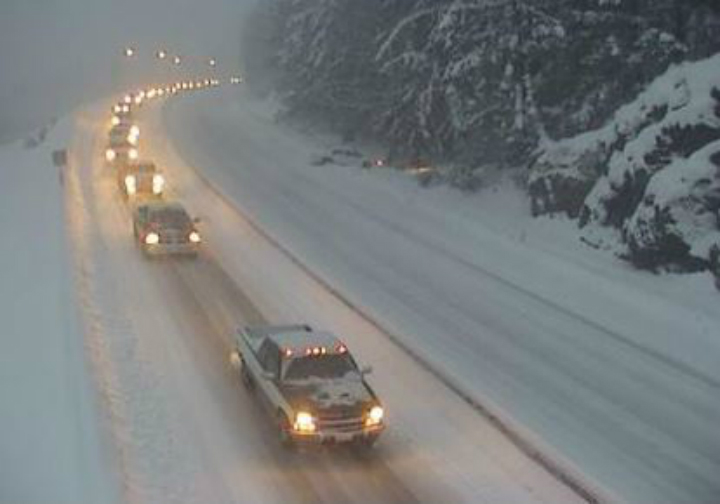 The Malahat Summit looking west, at around 5:40 p.m. (BC HighwayCam/Drive BC).

Officials are reminding drivers to take their time as wet, heavy snow is falling in Greater Victoria, east Vancouver Island and the southern Gulf Islands.

Greater Victoria, the Malahat highway from Goldstream to Mill Bay the southern Gulf Islands and east Vancouver island from Courtenay to Campbell River, Duncan to Nanaimo and Nanoose Bay to Fanny Bay are under a snowfall warning.

Environment Canada said five to 15 centimetres is expected this evening, overnight and early Friday morning. According to the weather agency, a band of precipitation pushing up from the south has spread snow across the South Coast. The snow is expected to become heavier early this evening as the band moves overhead.

The public is reporting fluffy flakes that are sticking to the ground in certain areas. However, a southerly flow around the low hs also resulted in milder conditions and wetter snow (less fluffy) than earlier this week, according to Environment Canada.

Parts of Greater Victoria, the southern Gulf Islands and Metro Vancouver will likely see snow starting to mix with rain overnight as the milder conditions arrive. Mixed precipitation will spread to most other south coastal regions Friday afternoon or evening.

#Malahat – Queues are starting to form. Chain up is in effect. Snow is starting to accumulate. Please drive safely or not at all if you don’t have to. #BCHwy1 #yyjtraffic pic.twitter.com/D4wCofpq0L

The Dashwood Fire Department said plows are out on Highway 19A north of Qualicum Beach but the snow is coming down.

Police are reminding drivers to turn on their lights and go slow as it may take a while to get home.

We're hearing that road conditions across Greater #yyj are deteriorating. Please use caution. Turn on your lights. Take it slow. It may take a while to get home. We want you to get home safely. #yyjtraffic 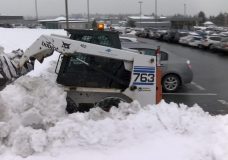 Snowfall this week will be costly for some on Vancouver Island 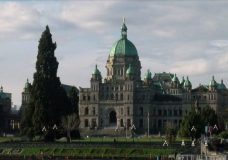