May 27, 2021 updated
CHEK
WatchAs restaurants scramble to reopen indoor dining, some say there's another pandemic to worry about in those spaces. Kori Sidaway reports.

As the province returns to indoor dining, restaurants are dealing with a quick restart.

“We’ll probably add back close to the full 300 we laid off a year ago,” said Matt Macneil, with the Victoria Pub Company.

After weeks of severe economic impact, the scramble to hire staff is on. But many want to make sure the reopen is done safely.

“There is a sexual violence pandemic in Canada, and no corner of our society or community is immune to it,” said Stacey Forrester, co-founder of Good Night Out Vancouver, a non-profit society that deals with sexual harassment & assault in hospitality, music, arts & nightlife.

But while no place is immune to sexual violence, there are places it happens more often.

According to Statistics Canada, restaurants and bars are one of the top places where sexual assaults happen.

“Any industry that relies on tips creates an uneven power dynamic, and power dynamics are at the core of all types of violence,” said Forrester.

“People feel like the customer is always right, or they have to extend their boundaries in order to get that money especially at a time when jobs are scarce, and people may have only just survived the layoffs.”

Forrester says the risk of sexual violence in bars and restaurants is further compounded by alcohol and a labour force that’s typically gendered (mainly women).

And here on Vancouver Island, the industry has faced a reckoning over numerous allegations of sexual violence, coming to light through the anonymous Survivor Stories Project Instagram page.

“I had slipped in the shower, and I fell to the ground after I hit my head on the counter. And the guy had forced himself on me while I was on the ground,”  a 22-year-old sexual assault survivor anonymously told CHEK News in February detailing her experience with a former employee of Chuck’s Burger Bar.

In response to the wave of allegations, Good Night Out Vancouver is now offering any restaurant or bar on Vancouver Island free sexual violence workshops amid the restart.

“[Restaurants are] already in that safety mindset. Also, it’s a new fresh start, you want to give customers give every reason to come into your place,” said Forrester.

The free sexual violence training starts mid-June and runs until April 2022, to act as a bridge until Victoria’s City Council gets its program up and running.

The workshops will go over the prevalence of sexual violence in Canada and in the industry, terminology, risks for perpetuation, wrapping with tangible tools for everyone to use. From there, they offer check-ins and evaluations and can help restaurants build or revisit their policies.

But the workshops are optional, and Good Night Out Victoria would like to see this prioritized provincially.

“I do think that the only way to get across the board this industry to prioritize it, is to mandate sexual violence training,” said Forrester.

The BC Restaurant Association says they’re open to implementing sexual violence training if it’s rolled into what Workplace BC already requires of them.

“It has to be on the plate with other food, you can’t just serve this as a dish by itself,” said Ian Tostenson, President of the BC Restaurant Association.

“At least start with Worksafe…to put the issue of sexualized violence in the workplace on the table with other things like vaccinations, proper alcohol training. All of those different things are really important. If we bundle this toward a business, when the time is right, I think we’ll have some pretty good results.”

But WorkSafe BC says sexual violence is already included in their current requirements of employers.

“Under Worksafe BC all employers, workers, and supervisors must take reasonable steps to prevent, where possible, or otherwise minimize workplace bullying and harassment – this includes sexual harassment,” said WorkSafe BC in a statement to CHEK News.

“It is mandatory for all employers to have harassment prevention plans in place, which must address the potential for violence and harassment from persons other than workers, including customers and clients.”

And advocates say it’s time for the industry to make the change.

“I think we can make excuses ’till the cows come home about reasons why we can’t prioritize this, when at the end of the day the problem is only going to go away when the industry steps up,” said Forrester.

For now, Good Night Out Vancouver is hoping Vancouver Island’s restaurants will take them up on their offer, saying for now customers can vote with their dollar.

“With the industry opening back up. You have so much power. So start phoning places and ask ‘do you have sexualized violence training in place?'” said Forrester. 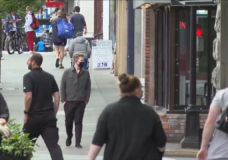 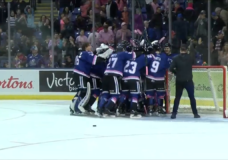