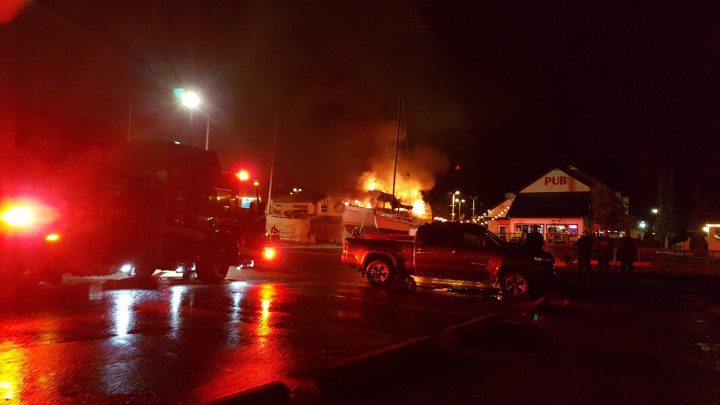 Fire crews say they were greatly concerned about the other vessels in the boatyard on the Stewart Avenue property, as well as a nearby pub.

“That boat was fully involved, we probably had flames shooting 25-feet above that when we got here so our big issue was to start off with the exposures to make sure it didn’t grow anywhere,” said Mike Rispin from Nanaimo Fire Rescue.

Fire crews gave orders to evacuate the area, but officials say there were people in Miller?s Pub who did not want to leave, as a televised mixed martial arts event was underway.

“We had a little issue, they did not want to evacuate for an event tonight, we had to have the RCMP come down to evacuate them,” said Mike Rispin, “We got to look at it at as a worst case scenario, so we are going to get everyone out of there as soon as possible.”

Crews were able to put out the blaze shortly after, and investigators are set to arrive on Monday.

There is no word yet on the cause of the fire. The reported explosions are suspected to be from propane cylinders or gas tanks on board. 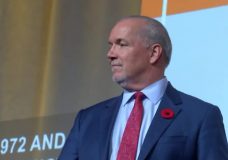 Victoria hosts NDP Convention: Debates on Site C, BC Ferries and $10 child care on the agenda 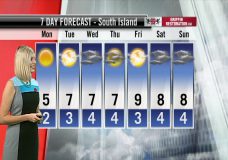