Victoria hosts NDP Convention: Debates on Site C, BC Ferries and $10 child care on the agenda

WATCH: The NDP held its first convention since forming government for the first time in 16 years. It took place in Victoria this weekend. Isabelle Raghem was there Saturday.

Loud cheers filled the Victoria Conference Centre Saturday morning as the BC NDP Leader and premier walked into the party’s convention.

It’s the party first membership gathering since it’s rise to power after 16 years of Liberal government.

But it was not all about the celebration. Members have key issues on their minds, including affordable rental housing, healthcare and the Site C dam.

“There are geotechnical issues, there are First Nations issues. There are a whole host of other issues and we’re gonna put them all together and debate it in cabinet,” added Horgan.

“The money could be better spend elsewhere, it’s just not necessary at this time,” said NDP delegate Jeff Laurie.

“I believe it should be built,” said Jeff’s wife Michelle Laurie, “We’ve already done much of the environmental damage that people are concerned about so we need to finish it.”

The NDP says the verdict on Site C will come by the end of the year.

“The BC Liberals have set a table a disastrous table for ratepayers and for British Columbians and it’s my job and my colleagues to try and unravel that mess and make the best of [a] bad situation,” said Horgan.

Other topics on the agenda this weekend, the party’s promise for $10 a day childcare and changes coming to BC Ferries including a possible a total restructuring of the company.

“Everything is on the table,” said Horgan, “As a premier from Vancouver Island, I think I have a better appreciation than previous premiers on the importance of the ferries’ system.”

Newly elected federal NDP leader Jagmeet Singh made an appearance at the convention Saturday, speaking to the crowd.

“In the last federal election, we swept all but one seat on the island. That’s phenomenal!”

Horgan insists the federal leader won’t be refereeing between Alberta and BC on the Kinder Morgan pipeline.

“I don’t take orders from Jagmeet and nor does he take directions from me,” said Horgan.

The convention continues with a ticketed reception Saturday night before wrapping up with a closing ceremony Sunday afternoon. 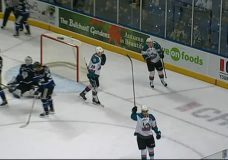 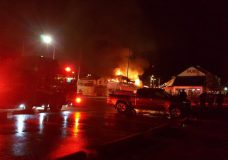