Theodore Lutz has lived in his Esquimalt apartment for seven years now. He’s a retired shipyard worker, living on a fixed pension after a work injury took the sight from his right eye.

Back in April 2021, Lutz says heavy rain caused water to rush in from above.

“It was pouring through my roof like a waterfall,” said Lutz.

According to the building manager, the roof leak was a result of a plugged roof drain, and happened in November 0f 2020, but alerted the landlords of Royal Esquimalt Apartments “to the need for continued repairs, or something more substantial,” said building manager John Barber.

The roof was replaced, but now the tenants of  are surprised they may be on the hook for the bill.

“When I went online and found out, I was absolutely stunned that now tenants could be held responsible for repair work,” said Lutz.

As of July 1, 2021, new provincial legislation allows landlords to apply to the province for tenants to pay for repair work.

“A landlord may apply for an additional rent increase if the landlord has incurred eligible capital expenditures to the residential property where the rental unit is located,” the document reads.

“Examples of eligible capital expenditures include: replacing an asphalt roof that is at the end of its service life, updating the single-pane windows for a rental building because they are now obsolete, or a new boiler for the building.”

“The goal with this legislation is to help keep rent more affordable by preventing renovictions and allowing for rent increases to be capped to inflation while ensuring necessary repairs are completed to maintain and improve rental housing,” said the Ministry of Attorney General and Responsible for Housing in a statement to CHEK News.

“This goes back to 2018, to the Rental Housing Task Force,” said Hunter Boucher, director of operations at Landlord BC. “They provided recommendations around rent increases and those included changing the formula for rent increases. Prior to that change being adopted a rent increase would be inflation plus two per cent.”

The previous automatic rent increase was intended to cover the costs landlords face annually in the maintenance of their building.

Lutz says his apartment buildings’ roof and boiler repairs came to a total of $100,000, meaning renters could be looking at a four per cent increase in rent. Under the new legislation, the rent increase is capped at 3 per cent.

“The increases in rent puts me on the razors edge financially,” said Lutz. “To expect moms and pops and old grandma’s grandpa’s to pick up that bill, it’s ludicrous.”

READ MORE: Victoria rent for two-bedroom apartment increases 15 per cent in one year

Lutz, like many other renters in the building, is on a fixed income and can’t afford the rent increase, and is shocked at how he says this legislation contradicts British Columbia’s Residential Tenancy Act (RTA).

“It’s sloppy legislation, it needs to be stopped,” said Lutz. “It totally flies in the face of the Standard of Maintenance that has been in place for decades.”

Within the RTA there is what’s called a Standard of Maintenance which “requires landlords to maintain their rental properties in a state that is suitable for occupancy – they must meet housing safety and building standards required by law.”

Lutz and tenant advocates say a roof falls under that bylaw.

“For something like a roof repair that would be an expectation of the Standards of Maintenance bylaw for rental properties anyway which should be the landlord’s minimum expectation for renting the building,” said Antonia Mah, a tenant advocate for Together Against Poverty Society.

“It’s unreasonable to expect for tenants to pay for a minimum safety upgrade to the building when they’re not even getting an update to their suite.”

But Landlord BC, disagrees.

“That’s a valid consideration certainly…in this situation specifically, it’s about a roof. Roofs are obviously integral to the building that goes without saying. But by replacing the roof, it’s investing in the building, extending the life of the building. Which in a province with an incredibly ageing rental stock is vital to the housing ecosystem,” said Boucher.

“The rent increase and the Standards of Maintenance are not mutually exclusive. The RTA says landlords must do this. It doesn’t say that landlords must not increase the rent for that. One doesn’t necessarily mean the other doesn’t exist,” said Boucher.

But advocates like Mah say this legislation unfairly favours landlords over tenants.

“I think that it’s a shortsighted policy in the sense that it’s in the landlord’s favour,” said Mah. “The tenants can’t be taking on the burden of these kinds of repairs.”

There is also another caveat. The new legislation doesn’t preface any end date to the rent increase associated with the repairs. So once the repairs are paid for, it’s sheer profit for the landlord.

“Is the $17 a month going to stop? There’s no declaration when the payment will stop,” said Lutz.

“I don’t think it’s a shortfall of this legislation,” Boucher argued. “I think this process is fair. The idea here is that previously you might have received two per cent every single year, whereas, under this process, you’re not necessarily going to get one every single year,” said Boucher.

Lutz and other residents are planning to fight the rent increase with an arbitrator at the Residential Tenancy Board.

“Tenants can participate in the hearing and submit evidence if they believe that the costs the landlord is claiming are not eligible for a rent increase, for example, costs related to a lack of regular maintenance by the landlord. The additional rent increase is capped at a maximum of 3% per year (plus the annual rent increase),” said the Ministry of Attorney General and Responsible for Housing in a statement to CHEK News.

Meanwhile, Lutz is concerned there will be much more work on his mid-century built apartment building to come, and by then he’ll already be forced out. 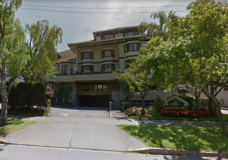 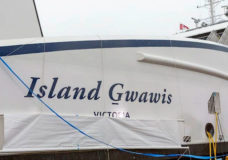 'We're not being recognized': Snuneymuxw First Nation Chief insulted over name of new BC Ferries vessel