‘We’re not being recognized’: Snuneymuxw First Nation Chief insulted over name of new BC Ferries vessel

The name of BC Ferries’s newest Island vessel has added another wrinkle in its tumultuous relationship with the Snuneymuxw First Nation.

Island Gwawis, meaning “raven of the sea”, was announced Tuesday as the name of a ship that will provide added service to the Nanaimo-Gabriola Island route. The name was selected “with input and support from the ‘Na̲mg̲is First Nation,” said BC Ferries in a press release. ‘Na̲mg̲is First Nation is located more than 250 km north of Nanaimo which lies in the territory of the Snuneymuxw First Nation.

Wyse and other members of the Snuneymuxw First Nation believe with the ferries operating in their territory, the name should reflect their own culture.

“Snuneymuxw people have lived on this land for thousands of years and to be overstepped like that is very disheartening,” Wyse told CHEK News in an interview on Zoom. “They’ve got four terminals right in the heart of our territory, have they once come to us and said we want to showcase and share who you are? Not once.”

In an email response, BC Ferries said:

“The names of the Island Class ships are not related to the territories or routes on which they may operate,” a spokesperson said. “As our vessels move around the fleet to meet operational requirements, we no longer name vessels based on geography or territories.”

BC Ferries adds that they invited “several Indigenous nations, including Snuneymuxw,” to participate in the name selection process.

Wyse calls the naming announcement a setback as the two parties have been in talks recently about improving their relationship.

The name is the latest issue stemming from what Chief Wyse describes as decades of mistreatment.

Despite emotions running high, Chief Wyse says there is hope for a better relationship in the future. BC Ferries did not respond to CHEK News for further comment. 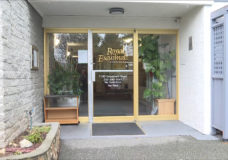 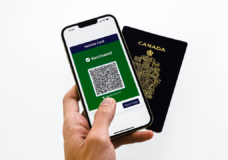 Vulnerable in Vancouver approached to take COVID-19 vaccine for others: authority