WATCH: We’re learning more details tonight about why RCMP may have been at Nanaimo City Hall yesterday. The RCMP says their Island District General Investigation section is investigating an allegation of threats. CHEK News has learned the threats are alleged to have been levelled against at least some people on City Council. Kendall Hanson has more.

It has been another week of turmoil at Nanaimo city hall.

Plainclothes officers descended on the building for much of the day yesterday.

This after the RCMP launched an investigation into alleged threats levelled against several people, including some on Nanaimo City Council.

“You know we’ve had some problems with council in the past,” said Nanaimo resident Ron Bonham. “But I don’t think the business of getting into threatening people’s lives is in any way appropriate.”

But sources say that’s what’s alleged to have happened on Wednesday.

RCMP have an open and active investigation into an allegation of threats being made. As a result, a woman was arrested for uttering threats. The woman has since been released on a Promise to Appear. Charges have yet to be laid, therefore the woman’s name cannot be released at this time.

RCMP say investigators “are completing a fulsome investigation and will be speaking to all those involved.?

“And where we know that some of the homes of our elected officials have been threatened and I know of one partial evacuation in a home around the corner from me then that is stuff that needs to be addressed,” said former city councillor Fred Pattje.

Pattje says it’s more bad news for the city, he is now working with a group called Our Nanaimo.

They want to see a change in the city council.

“It’s disheartening,” says Pattje. “It really takes away from what a well functioning council should be occupying themselves with and the silence from our elected officials on these two items alone is deafening.”

“You feel like the city should have put out some sort of a communication? of course when your city hall gets raided by theRCMPp for whatever reason then we need to be advised. period.”

This comes the same week we learned the city’s Chief Administrative Officer accepted a new job.

Drama at Nanaimo City Hall shows no sign of slowing. 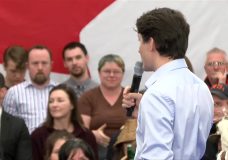