WATCH: Prime Minister Justin Trudeau held his own and held his ground today during a rowdy town hall meeting in Nanaimo. He touched on issues like immigration and North Korea but spent much of the session sometimes in heated debate, defending his government’s decision to approve the Kinder Morgan pipeline. Mary Griffin reports.

Prime Minister Justin Trudeau spoke over jeers of “shame” Friday at a rowdy town hall meeting in Nanaimo, where he spent a large part of the two-hour gathering defending his government’s decision to support the expansion of the Trans Mountain pipeline through the province.

Trudeau said the pipeline is a key component of the federal government’s approach to cutting greenhouse gas emissions, which means Ottawa had to get a national agreement on carbon pricing that will allow Canada to meet its international commitments on climate change.

“But in order to do that, part of moving forward is approving the Kinder Morgan pipeline, which will be able to get our resources responsibly and safely to new markets across the Pacific,” he said, adding the government’s ocean protection plan will better protect the coastline from oil spills at the same time.

The town hall was often raucous.

The prime minister faced a mix of cheers and boos on his arrival. When he spoke about the pipeline, he was repeatedly interrupted, causing him to show his frustration at one point by exclaiming: “Come on! Come on! Really?”

“If you can’t respect the people in this room, you need to leave,” he said before asking the police to remove those who were disrupting the event.

Police physically removed a man and two women as someone else shouted: “Shame on you Trudeau.”

Trudeau spoke to an overflow crowd estimated by officials at 1,700 people in the gymnasium at Vancouver Island University, while dozens of protesters carried anti-pipeline placards outside. One man held up a sign throughout the town hall that read: “Climate leaders don’t build pipelines.”

The final town hall of his cross-country tour started almost an hour late because of travel delays caused by weather, officials said. So many people wanted to attend the event that organizers were shifting seating in the gym at the last minute to make room.

While the many questions centred on the pipeline issue, Trudeau ended up fielding about 20 questions, ranging from the opioid crisis to fish farm policy to how Canadian children are taught about residential schools in classrooms.

“I had tears in my eyes at the end of it,” said Nanaimo resident Deborah Haight.

She said she opposes the pipeline, but she was not happy about the reception Trudeau received.

“I just felt we could give have given him a little bit more respect,” Haight said.

B.C. announced proposals earlier this week that would ban increased shipments of diluted bitumen off its coast until it can determine that shippers are prepared and able to properly clean up a spill.

Alberta Premier Rachel Notley has called that an unconstitutional attempt to get around federal approval of the Kinder Morgan project, which would triple the capacity of the pipeline and increase the number of tankers in Georgia Strait from five to 34 per month.

Notley promised to suspend electricity talks with the province in its first step to fight against the B.C. government’s proposal. Up to $500 million annually for B.C.’s coffers hangs in the balance, Notley said.

Premier John Horgan said earlier this week his government consulted Alberta and Ottawa about his province’s intentions, which includes appointing a scientific advisory panel to study the issue.

On Friday, he said the provincial government’s move was not intended to be provocative. 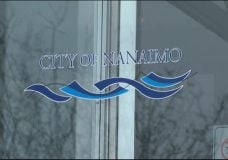 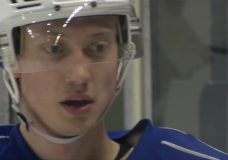