Gurdeeshpal Singh Randhawa
For the second day in a row, racist graffiti has appeared around the City of Langford - this time on a retaining wall at a construction site.

For the second day in a row, racist graffiti has appeared around the City of Langford.

On Friday, January 22, CHEK News was made aware of graffiti that popped up on a retaining wall at a construction site. The site is located on Westshore Parkway near Langford Lake.

It appears that someone used red spray paint to scribe the message “White Lives Matter” partway up the retaining wall.

The saying has become widely considered to be a racist response to the Black Lives Matter movement, which sparked in 2014 but rose to international prominence in 2020 following the death of George Floyd.

The graffiti at the construction site comes one day after a swastika was seen spray-painted on the back of a street sign. This graffiti was discovered on Thursday, Dec. 21.

After inquiring about the racist imagery, one City staff member responded to CHEK News with the below statement.

“The City was made aware of the graffiti [yesterday] morning and, after being made aware, immediately contacted its public works contractor to have it removed,” reads the staff member’s statement.

“The graffiti was removed by 10:30 a.m. this morning. There is no place in Langford for racism and displays such as this one will not be tolerated. Anyone with information is encouraged to contact the West Shore RCMP.”

The swastika symbol was used as the emblem of the German Nazi party.

There have been a handful of instances over the past year of racist graffiti appearing around Vancouver Island.

Offensive and sexually disturbing graffiti was also discovered at a park in Campbell River back in August.

Detailed timeline of the four phases in B.C.'s vaccination rollout 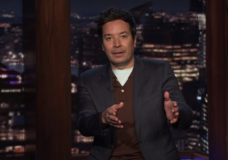