Detailed timeline of the four phases in B.C.’s vaccination rollout

B.C. health officials, along with Premier John Horgan, revealed a detailed timeline on Friday regarding the province’s vaccination rollout – spanning over four phases.

British Columbia – currently in Phase 1 – has distributed over 104,000 COVID-19 immunizations in the past six weeks of both the Pfizer and Moderna vaccines.

Although a rollout timeline has been established, health officials suggest that the immunization plan is subject to change based on vaccine availability.

Hospital healthcare workers, who have been battling COVID-19 on the front lines since last March, were also prioritized into the Phase 1 group, along with individuals awaiting long-term care and remote Indigenous communities.

Phase 1 is expected to last until the middle of February and towards the end of next month, the province anticipates transitioning into Phase 2 of the vaccination rollout.

Dr. Henry and Health Minister Adrian Dix have previously touched on the population to be immunized during Phase 2 and on Friday, further details were given about who would be next in line.

During this phase, hospital staff who don’t work directly with COVID-19 patients will begin receiving the vaccine, as well as general practitioners and other medical specialists.

Between December and March, officials expect that the province will receive approximately 800,000 doses.

Once 2021 hits April, the province anticipates shifting to Phase 3.

The phase will run through until June and include people aged 79 to 65 getting immunized – broken down into five-year increments based on birth year.

B.C. residents between the ages of 70-79 can get their first dose in April and their second dose in May.

Residents between the ages of 65-69 will be able to get their first dose in May and their second dose come June.

The next five-year group, 60-64, can get their first dose in June and their second dose in July.

During this phase, the province will also prioritize clinically vulnerable residents. Anyone between the ages of 16-69 that is considered clinically extremely vulnerable will be able to get immunized. This will include people with cancer, severe respiratory conditions and rare diseases, among other things.

“Our plan puts people at the forefront of every decision, and our immunization rollout will guide us through the spring and summer, ensuring that those who are most in need of the vaccine will receive it as soon as possible,” said Health Minister Adrian Dix on Friday.

The final phase of the provincial vaccination plan spans from July to September and will include people between the ages of 18-59. Once again, this phase will operate in five-year increments based on birth year.

Residents between the ages of 40-59 can get their first dose in July and their second dose in August.

The next group, ages 35-39, can get their first dose in July or August and their second dose in August or September.

People ages 30-34 can get their first dose in August and their second dose in September.

Anyone between the ages of 25-29 can get their first doses towards the end of August and into September and their second dose in September.

Lastly, people between the ages of 18-24 can get both doses in September.

The province notes that once additional vaccines are approved and become available, people between the ages of 18 and 64 who are frontline workers may be included towards the end of Phase 3.

Starting in late-February, the province says it will launch a communication campaign that will inform residents of when they can expect to be vaccinated, when they can pre-register and where they can access the vaccination clinics.

British Columbians will be able to pre-register two to four weeks before they are eligible for a vaccine.

Pre-registration for people between the ages of 75-79 will open in March of 2021.

The Province says pre-registration will help assist with supply management and clinic planning to ensure residents are vaccinated in a safe and timely manner.

READ MORE: All eligible British Columbians who want the COVID-19 vaccine to be immunized by September, say health officials 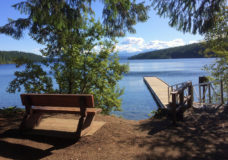 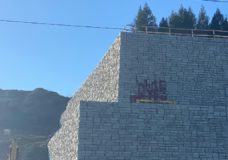