WATCH: A heatwave is on its way for all of British Columbia, and the sun isn’t sparing the Island. Kori Sidaway has more on how long the dog days of summer are supposed to last, and what the warm spell may lead to.

This year has been great conditions for growing berries so far, but now, farmers are watching the weather closely.

“We certainly don’t want it to get too hot, the last month has actually been perfect for growing on the peninsula,” said Michell’s Farm co-owner Terry Mitchell.

But that may be about to change. The province of B.C. is about to be hit with a heat wave.

“Temperatures are going to peak higher than they have for May and June, and we’re looking not just for this weekend but for the rest of the month,” said Environment Canada Meteorologist Armel Castellan.

And, hot weather combined with a lack of rain, means long terms problems.

In the past three summers, parts of Vancouver Island were hit by droughts, and this year has farmers worried.

“We’ve been using a lot more water, there’s no doubt about that,” said Michell.

“The amount of water we’ve used in the last three years when we do have the dry season is way more than what we used four or five years ago.”

And they’re not the only ones concerned, so is the provincial government.

“Regardless of if you’re in a city or taking water from a well or directly from a stream. Just because Capital Regional District has good reservoirs doesn’t mean we shouldn’t all be responsible about the way in which we use water.”

And while many of us love the sizzling summer heat, a temperature spike could mean bad news for the harvest.

“We don’t want it too scorching hot. The [raspberries] can actually get scorched on the vine,” said Michell.

Sunday and Monday are expected to be the warmest days, with no heat warning in effect as of yet

But for now, Michell and his crew will be watering and picking around the clock, to make sure they don’t lose any of their crops. 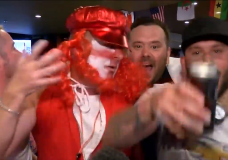 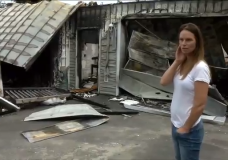