WATCH: The Bowser home of Dominique Mathison and her two daughters went up in flames July 5. Mathison did not have house insurance.

In a recorded phone call, Dominique Mathison can be heard calling 911 in the early morning hours of July 5.

“I’m outside and I have two kids, the outside of my house is on fire. Oh my God.” Mathison can be heard telling a 911 operator.

She’d heard a crackling sound and got out of bed to find a small fire outside near a deck. She then quickly scrambled to wake up her two daughters, 16-year-old Sarah and eight-year-old Violet.

“I could see the lights flickering on the wall of my house and that’s when I flew up and out of bed down the hallway to see the smoke coming inFrenchrench doors,” she told CHEK News. “By the time we got out of the house her room was already starting to be engulfed in flames.”

Fortunately, everyone got out of the house and no one was hurt.

One of two pet cats is still missing, however.

Firefighters from Deep Bay and Bow Horn fire departments were on the scene for several hours putting out the blaze but the once beautiful two storey home was destroyed.

Mathison is a single mother on disability pay after a commercial fishing injury. Testing for those injuries has resulted in a possible cancer diagnosis. She is now being tested for that.

With all that life had thrown at her as a single mom, she admits her home insurance had lapsed. The house was not insured.

She says the bank is also still demanding mortgage payments.

Out of desperation, she says she has started a GoFundMe page hoping to raise enough money to perhaps clear the lot and start over. If that doesn’t work she says she’ll have to declare bankruptcy.

A link to the GoFundMepage can be found here.

The cause of the fire is still being investigated but firefighters are looking into a possible electrical malfunction. 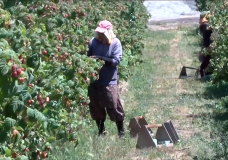