As the investigation into Lindsay Buziak’s murder gets a new jolt of energy, Saanich Police are talking about a new type of evidence called genetic genealogical DNA testing.

When DNA (Deoxyribonucleic acid) is found at a crime scene and there’s no direct match, genetic genealogical DNA testing can be brought in.

It’s a way of searching public genetic databases, finding partial DNA matches and then building a family tree to find a suspect.

In 2019, it was used to help convict the murderer of a young Saanich couple, 18-year-old Tanya Van Cuylenborg and 20-year-old Jay Cook, who were murdered in Washington in 1987.

The DNA of their killer, William Earl Talbott II, was found on Tanya’s clothing, but an immediate DNA match wasn’t found. Police then searched DNA databases, and found two partial matches to the suspect, who turned out to be the killer’s cousins. His DNA was then tested, and it was a direct match.

It was also used to catch the Golden State Killer, and other cases in the U.S., but it’s raising concerns about privacy.

“Your genetic information is probably the most sensitive unique identifier we can have about one another,” Michael McEvoy, Information Privacy Commissioner for B.C. “It’s not just the individual’s information, it’s about their relations.”

Right now, there are no Canadian laws regarding this new type of genealogical testing.

“Looking at the database provided by a person’s relative, a person is unlikely to have a reasonable expectation of privacy with respect to information that is supplied by someone else,” said Victoria criminal defence lawyer Michael Mulligan.

He likened it to searching a house, explaining that police cannot search your home without a warrant, but if they search a friends’ house and find evidence against you, that’s completely allowed because it’s not against your right to privacy.

Police use of genealogical testing is completely legal, and many are starting to worry about family tree sites like Ancestry.com and 23AndMe.

But Parabon Nanolabs, one of the companies that perform Genealogical DNA testing, says they don’t use those sites.

“Third-party uploads of data files to these sites are not even possible,” Parabon told CHEK News. “We exclusively use GEDmatch and FamilyTree DNA, both of which have special law enforcement programs.”

Even so, B.C.’s privacy commissioner says it needs to be more regulated.

“There has to be some form of judicial oversight so that police have exhausted all of the kind of tools at their disposal, that its the type of serious crime that is serious enough to warrant dipping into this information,” said McEvoy.

A new law might be in the works, the BC RCMP confirming they are actively looking into DNA technology regulations.

“RCMP has recently begun consulting with the Office of the Privacy Commissioner of Canada to move closer to formalizing the use of genetic genealogy as an investigative technique,” said Cpl. Chris Manseau, spokesperson for the BC RCMP. 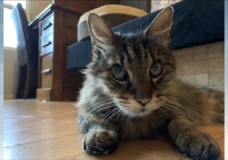 'A little overwhelming': Nanaimo cat missing for over three years reunited with its family 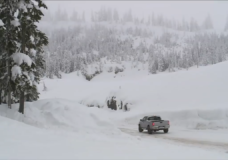