The Horgan government’s plan to spend $789 million on a replacement for the aging Royal BC Museum is being met with widespread criticism from not only politicians but members of the public.

“I think people are rightfully outraged that the government is choosing this to be their priority,” BC Liberal MLA and official opposition house leader, Todd Stone told CHEK News.

The new museum, which has not been named, is slated to open in 2030 and will remain at the same location in downtown Victoria, across the street from the B.C. Legislature. The Imax Victoria theatre, as well as the museum’s gift shop and the food trucks located at the museum, will remain open until sometime in early 2023. The existing museum will close on Sept. 6.

No renderings of what the new museum will look like were provided during Friday’s announcement, but the province has said it will feature mass timber construction and is designed to be seismically safe and environmentally friendly.

News of the plans has sparked widespread outrage, with many online calling out the government and saying that the money should go towards dealing with more pressing issues such as housing, rising gas prices, transit, mental health services and addressing the chronic doctor shortage.

One user commented on Facebook saying “what a slap in the face to doctors nurses and citizens of B.C. who are all suffering a horrible health care crisis” — a feeling that was echoed by many others.

Another user on Twitter questioned the cost of the entire project, wondering why it will be far more expensive than the new Vancouver Art Gallery, which has been budgeted at $400 million and is expected to be completed in five years once construction begins.

“Why is it costing twice as much & taking twice as long [sic] as the Vancouver Art Gallery? Agree, we need to completely decolonize that arts org in every possible way including a new more suitable bldg but the exorbitant cost is suspect,” they wrote.

BC Green MLA Adam Olsen, who represents Saanich North and the Islands, took to Twitter Saturday, saying the $789-million plan shows how “out of touch” the Horgan government is.

“Nobody is calling for a new $800 million museum,” he wrote.

The new museum would bring in nearly 2,000 construction jobs as well as more than 1,050 associated jobs, according to the province, but Stone — who is also the Liberal critic for jobs and economic recovery — is worried for current museum employees and what their future would look like once doors close in September.

“Shutting the doors on this museum permanently for a seven to eight-year period is going to result in a whole bunch of people in the Greater Victoria Region being out of work,” said Stone.

On Friday, Premier John Horgan said the new museum would be a place where generations will be able to come and learn about the history of British Columbia.

“We are going to be putting practical pieces of British Columbia into the walls, the floors and the ceilings of the building that will create thousands of local jobs … will be a state-of-the-art museum, a flagship for tourism in British Columbia but particularly here in Victoria,” said Horgan during Friday’s announcement.

The cost of the project is associated with protecting millions of artifacts and making the new building seismically safe. However, Stone is critical of the cost — the B.C. government is also building a $200-million Collections and Research Building for the museum in Colwood — and believes reaching those goals can be done for far less.

“The most recent estimate that we heard on an upgrade or modernization to the existing building was that it would cost no more than $100 million. So, how you go from that to seven or eight-fold more to this $800 million project is beyond us,” said Stone.

The 419,000 square-foot Royal Alberta Museum, located in downtown Edmonton, opened in 2018 at a cost of $375 million after construction was completed in 2016. Even when adjusting for inflation, the price tag in today’s money would be $437 million, according to the Bank of Canada’s inflation calculator.

Stone is also concerned about the project going over budget and reaching $1 billion.

“Is this really a legacy project for the premiere? Is that what the motivation is? If that is the case, then this decision is at a whole other level of tone-deafness,” said Stone.

With files from Nicholas Pescod

I am still processing the astonishing news yesterday.

This @bcndp gov’t demonstrated how out of touch they are.

Nobody is calling for a new $800 million museum! 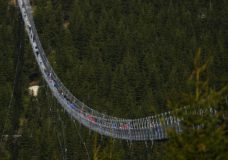 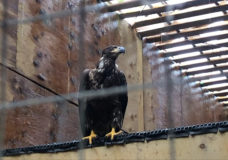