Posted: May 14, 2022 7:13PM | Last Updated: May 14, 2022 7:18PM
CHEK
WatchWildlife rescuers in the Comox Valley are working overtime trying to protect irreplaceable ambassador eagles and owls from avian flu. It comes after the first positive case surfaced in a small chicken flock on Vancouver Island this week. Skye Ryan has more.

Volunteers went to great heights on Saturday to protect MARS Wildlife Rescue‘s birds in Merville, tarping over their irreplaceable ambassador birds’ enclosures as the eagles and owls faced a deadly threat from outside.

A positive case of avian flu was confirmed on May 11 in a backyard chicken flock in the Comox Valley, and like a spark from a wildfire the virus has proven to spread quickly from as little as dander from migratory birds flying overhead or resting on birds enclosures.

“Raptors especially. They are more likely to develop really severe symptoms and pass away from the virus so we are very concerned,” said Gylaine Andersen, manager of wildlife rehabilitation at MARS Wildlife Rescue. “It would be devastating to lose any.”

“We all have a relationship with these birds so we want to protect them they’re part of our family,” said Mountainaire Wildlife Rescue volunteer, Jinny St. Pierre, who trains MARS’ two albino crows — named Kokish and Nimkish — and couldn’t bear to think of what would happen to the rare birds if they contracted the virus.

Avian flu has now turned up in 7 small and backyard flocks in B.C. since first appearing in April and volunteers are worried it could spread even further.

The virus has also hit at the busiest time of year for wildlife rescues: baby season.

That’s when new admissions like a pair of baby robins are now arriving many times a day. As a result, all new patients are being screened, will be quarantined and staff are sanitizing and stepping in bleach baths between rooms. As the threat from outside, looms.

In response, MARS Wildlife Rescue staff are doing everything they can to ensure the virus doesn’t spread to the animals and are temporarily closing its visitor centre to reduce the amount of traffic coming onto the property.

“We are concerned about any bird coming in being a possible source of the virus,” said Andersen. 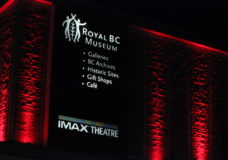 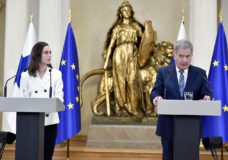