WATCH: A private member’s bill championed by a Vancouver Island MP will be voted on in Ottawa this week. Gord Johns is pushing for a national strategy to deal with ocean plastics. As Kendall Hanson reports, he’s urging the Liberal government to get on board as well.

On the shores of Victoria’s Harbour, it doesn’t take long for the Courtenay-Alberni MP to collect an armful of plastic waste.

It’s a small example of a massive problem of plastics entering Canadian waters.

“Just even our local salmon are ingesting about 90 pieces of microplastic, each salmon alone,” said MP Gord Johns. “And they’re finding microplastics in almost all of our shellfish.”

The issue came to the forefront for Johns when the largest marine spill in decades, in 2016, saw the Hanjin cargo ship lose 35 shipping containers.

Many volunteers in his riding did what they could to clean up the mess.

The University of Victoria’s law centre and communities on Vancouver Island then helped Johns draft a bill aimed at reducing plastics entering waterways as well as fund ocean cleanup.

“This is a historic motion,” said Johns. “This is only the second piece of legislation around plastics in Canadian history and it started right here from Vancouver Island because we understand the seriousness of this issue. It impacts our way of life.”

The federal government has so far taken a different approach.

“Canada will also invest $100 million to rid our oceans of the global plastic pollution,” said Trudeau at the June summit.

But Johns says there is yet to be any legislation that tackles plastics in the ocean.

“If Canada really wants credibility on this issue they need to take real action and this legislation gives them the framework so they can do just that,” said Johns.

It’s rare for a Private members bill to be passed by the federal government though Johns says his bill has support from all four minority parties.

The vote will likely happen Wednesday. 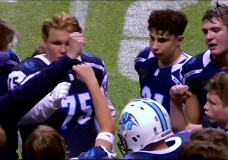 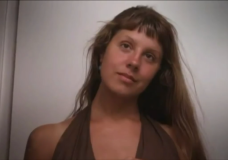