WATCH: A new search is underway this weekend for a missing Victoria woman. Emma Fillipoff disappeared six years ago, and all efforts to find her have been fruitless. But as Kori Sidaway tells us, a new lead is giving her family renewed hope.

It’s been almost six years since Emma Fillipoff disappeared without a trace from the Victoria area. But her Mother Shelley Fillipoff never gave up hope.”It’s a story that’s not supposed to happen. You are not supposed to lose your child. You’re just not,” said Shelley.

For the past six years, it was believed Emma was last seen in on Nov. 28 2012 by Victoria Police who’d responded to reports of a woman — barefoot — acting strangely outside the Fairmont Empress Hotel.

“You’re not wearing shoes. Her response was ‘I’m just working through some things right now, I’m just going for a walk,'” said Sgt. Jamie McRae of Victoria Police in an interview to the Fifth Estate in 2015.

And that was the last known sighting of Emma, until this summer.

A new witness stepped forward to report that they had given her a ride to the Petro gas station on Admirals and Craigflower Road the morning of Nov. 29th.

And that new lead sparked hope, and a renewed search.

“It showed that she was alive past the time that she saw the police.”

Now, a private search led by famed dog searcher Kim Cooper, is underway over the weekend and into Monday. The dog-led search covers multiple locations extending from the Gorge all the way to Goldstream Park.

Meanwhile at home in the Ottawa area, unable to be in Victoria, Emma’s mother is both terrified and hopeful.
“If it means finding remains I hope they find nothing. I’m not looking for what people refer to as closure. I want answers, but I want Emma to be alive. I need Emma to be alive,” said Shelley.Emma’s disappearance is still being investigated by Victoria Police’s major crime unit, but according to Shelley, the new information and witness isn’t currently being pursued.

“They said that the tip was too old, it was no longer a viable tip and did nothing to follow it up,” said Shelley.

Victoria Police were unable to comment today, but anyone who has seen Emma, knows where she may be, or has any information leading up to her disappearance is still being asked to call law enforcement. 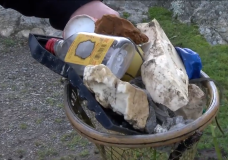 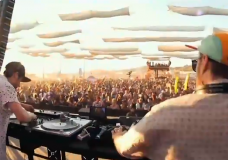