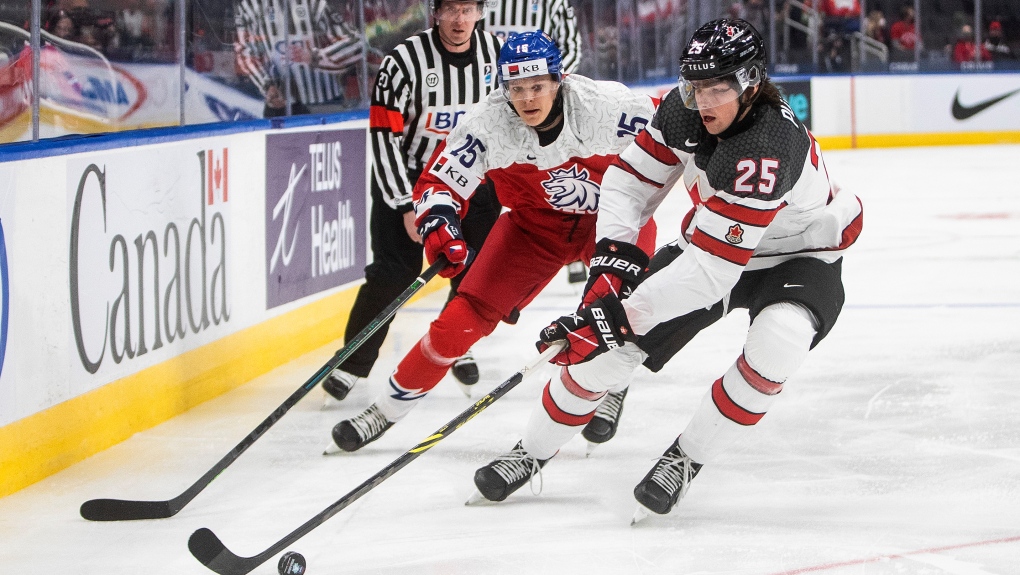 A broader Canadian audience finally gets to see why Owen Power is a standout among his hockey peers.

The 19-year-old defenceman from Mississauga, Ont., played his junior hockey in the United States before heading to the University of Michigan.

Power was invited to try out for the Canadian junior men’s hockey team last year.

The Wolverines didn’t release him to selection camp and thus deprived Canadian fans the chance to see a highly-touted NHL prospect play in the 2021 world junior championship in Edmonton.

Canadians caught glimpses of an 18-year-old Power in the men’s world championship in June when Canada won gold in Latvia.

The Buffalo Sabres making him the first overall pick in July’s NHL draft confirmed how much pro teams coveted his talents.

A hat trick in his first game of the 2022 world under-20 men’s championship — he became the first Canadian defenceman to score three goals in a single game — has grabbed the attention of his country’s hockey fans.

After one game, Power needs just two more goals for the most scored by a Canadian defenceman in the tournament.

That would surpass current Ottawa Senator blueliner Thomas Chabot, who scored four goals in Montreal in 2017.

That’s doable given the power-play minutes Power will get in Edmonton. Two of his three goals in Canada’s 6-3 win over the Czechs to open the tournament came with a man advantage.

Alex Pietrangelo (2010) and Bryan McCabe (1995) jointly hold the record for the most tournament points by a Canadian defenceman at 12 apiece.

Power, six foot five and 214 pounds brings the calm to Canada’s back end that a team of teenagers will need to win gold Jan. 5.

“His poise under pressure, his ability to make good decisions when his time and space is limited,” Canadian head coach Dave Cameron said.

Power played box lacrosse growing up, which Cameron believes contributed to the defenceman’s hockey skill set and his ability to manoeuvre his large frame out of tight spaces with the puck on his stick.

“I agree a hundred per cent,” Power said. `”The most obvious is your hand-eye coordination catching and playing.

“When you actually look at the way the game is played, you learn how to use your body and body position and the space on the court.

“It really translates to hockey for the same stuff with protecting the puck, using your body and finding open ice to put yourself in good spots to get pucks.”

Power won three national lacrosse championships with Ontario at the peewee and bantam levels. He admits liking lacrosse better than hockey as a youngster.

“I think that was just because I was better at lacrosse, but as I got older, I kind of fell more in love with hockey than lacrosse,” Power said.

Power contributed three assists and was plus-one through 10 games at the men’s world championship in Latvia.

He was named Canada’s player of the game in an overtime quarterfinal win over Russia.

“Playing at the world championship definitely helped me feel a lot more comfortable out on this ice,” Power said. “I think I was definitely more comfortable here than I was when I played there, but I also think I knew my role coming into here a little bit better.

“That made it a lot easier I think. It’s pretty similar to the role I play at Michigan.”

“Sometimes it’s hard to believe him before a game. He’s the same, exact way he would be on an off-day. It’s kind of weird, but it works for him. He’s obviously figured it out,” Perfetti said.

“It’s hard to have that. People can get flustered really easily, especially in sports and hockey. Nothing really fazes him.”

London Knights goalie Brett Brochu will start Tuesday against the Austrians after Dylan Garand’s 14-save performance against the Czechs.

“We’re happy after the first game, but we have some depth players. We’re going to put them in and use them and go from there,” Cameron said.

Forward Xavier Bourgault didn’t skate Monday after taking a hit to the head in Sunday’s third period. Cameron was noncommittal on Bourgault’s status for Tuesday’s game.

The host country faces Germany on Wednesday and wraps the preliminary round on New Year’s Eve against Finland, which downed Austria 7-1 on Monday for a second straight win.

Germany edged the Czechs 2-1 in overtime in another Pool A game.

Russia doubled Switzerland 4-2 and Sweden blanked Slovakia 3-0 in a Pool B game in Red Deer.

The quarterfinals are scheduled for Jan. 2 and the semifinals Jan. 4.

The provincial government capped spectators at large sporting events to 50 per cent capacity just days before the tournament started due to concerns over the spread of COVID-19.

Sunday’s turnout for Canada’s game fell well short of the 9,320 allowed into Rogers.

This report by The Canadian Press was first published Dec. 27, 2021.

Curbside recycling collection cancelled Tuesday in Victoria due to weather 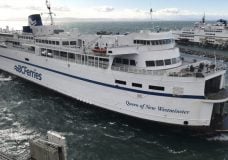