“Western Speedway has been a huge part of my life,” said Sheldon Rozon, a Capital Drift racer who often sped along the pavement at the Langford race track. “It’ll truly be missed if this place goes.”

The 81-acre property was put up for sale in March of 2020, and now developers are planning on moving ahead with dismantling the race track.

It’s a great loss for the racing community. Rozon says between the dwarf cars, stock cars, winged and non-winged sprint cars, and dozens of other car groups, there are thousands of people directly involved in the sport, on top of the thousands who come and watch.

“I’ve been participating and spectating since I was an infant, a baby, a child. My dad would bring me here, so yeah it’s very sad. like I don’t have many words for it,” said the drifter.

He also says it’s a huge blow for the local auto shops that help get these cars on the asphalt.

“It pays our locals, people that work there and the shipping companies that move all that stuff at all, and if we don’t have that sport that all those purchases are revolved around, it hurts business,” said Rozon, who admits he’s personally spent thousands of dollars at a local automotive shop for his car.

Right now, there are numerous petitions against the speedway development, some with more than 5,000 signatures, others nearing 7,000.

But a new smaller petition is gaining steam for an entirely different reason.

The Save Thetis Heights Neighbourhood petition is nearing its 500 signature goal, just weeks after it was created.

“There needed to be a little bit more awareness,” said Gordon Van Den Broek, who created the petition after receiving a notice from the municipality, letting him know of the housing development plans.

He says nearly 500 signatures is a big number for such a small community.

The Thetis Heights Neighbourhood shares a property line with Western Speedway. The developer’s plans are to build 60 small-lot homes right behind it.

According to Van Den Broek, the new development plans do not include creating new roads for the housing, meaning the new residents would be using the existing Rason Road and Trudie Terrace instead.

The neighbourhood worries it’ll drastically increase traffic for them, and the nearby school zone.

“All of the traffic that’s created is going to have to go by a narrow bridge in front of Millstream Elementary. That’s the only way out of this neighbourhood. It would increase traffic here, I don’t know, maybe four or fivefold,” said the concerned neighbour.

“There’s a nice buffer of trees of forest there, it’s not just a sound buffer, but a visual buffer from the busy Millstream Road and if the development goes through they’ll clear cut that,” said neighbour Ross Hayward, who opposes Western Speedway development.

On Monday night, council is hosting a public hearing where the neighbours hope their concerns will be heard by the municipality, but Hayward worries it might be too late.

“A couple of weeks ago they installed this fire hydrant,” said the West Shore resident, pointing to the new fixture right next to where the access would be for the 60 new houses.

“There is one just 60 to 70 yards down the street that’s been there for years. Why install a new one so close unless they already have plans to develop?” questioned Hayward.

He hopes mayor and council will take their concerns seriously, and will consider a different area for the housing development. 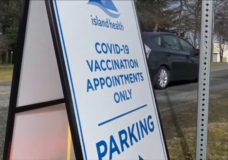 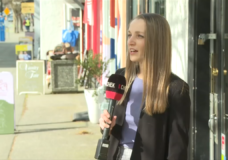