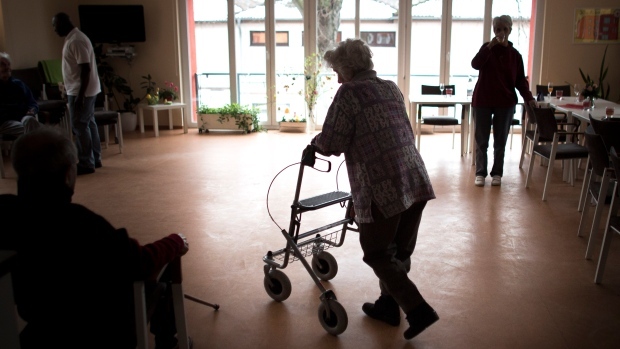 CBC
Canada can't go back to paying care home workers minimum wage after the pandemic is over, says the president of the Canadian Labour Congress.

For years, those living and working in nursing and retirement homes across the country have struggled as overburdened caregivers tried to maintain a basic level of care and dignity for aging and ailing Canadians.

It happened behind closed doors, said Carole Estabrooks, a professor in the faculty of nursing at the University of Alberta, with people typically only knowing the state of things if they or their loved ones moved into a long-term care facility.

Then the pandemic struck, and the deficiencies turned deadly.

“It didn’t just shine a light, it shone a cascade of halogen lights,” said Estabrooks, who has collected data on long-term care for 15 years.

“And the public’s horrified and they’re listening now,” she said. “But my God, what it took.”

A man in his 80s died of COVID-19 in early March after becoming infected with the novel coronavirus at the Lynn Valley Care Centre in North Vancouver. It was Canada’s first death related to the pandemic, and the beginning of a rash of outbreaks – and a crisis – in care homes across the country.

Deaths in long-term care facilities now account for more than 80 per cent of the roughly 4,500 deaths from COVID-19 in Canada.

“I call it benign neglect,” said Estabrooks, the scientific director for the university’s Translating Research in Elder Care, a program aimed at improving the system.

“Nobody set out to plan a system that will hurt older adults.”

That is what has happened, though, she said, and while policy-makers and politicians have vowed to find a fix, the path to change remains unclear.

While the data suggests long-term care homes across the globe have suffered unduly from COVID-19, residents in Canada’s system seem to be suffering more than others.

International data is difficult to compare, though an analysis by researchers at the University of Ottawa, University of British Columbia and the London School of Economics have awarded Canada the troubling distinction of having the highest proportion of COVID-19 deaths related to care homes of the 14 countries studied as of April 26.

A fundamental resdesign is needed, Estabrooks said, but it is an incredibly complex task. Long-term care is a provincial jurisdiction, and it differs from province to province.

One thing they typically have in common, she said, is being staffed by low-wage, part-time workers _ and understaffed, at that.

Personal support workers do the bulk of the caregiving in these homes, but they’re largely unregulated. There’s no standards for their education, they’re unlicensed and entry requirements vary from jurisdiction to jurisdiction.

That makes it difficult to count how many there are, let alone know if Canada has enough.

Estabrooks and her team have been gathering what data they can on those workers, and found many are immigrant women, working in several care homes to cobble together the hours they need to make a full salary. They’re often without benefits, or even sick days, and the job was incredibly difficult and stressful even before the pandemic.

Prime Minister Trudeau recently announced a $4-billion plan to boost pay for front-line workers, including those in long-term care homes.

But Canada can’t go back to paying these workers minimum wage after the pandemic is over, said Hassan Yussuff, president of the Canadian Labour Congress.

The organization has published 21 recommendations to improve long-term care once the crisis has passed, including higher wages and legislating staff ratios. It also recommends the elimination of private homes and an increase in federal oversight by making long-term care a part of the Canada Health Act.

The congress said private homes and public health-care interests are diametrically opposed, as they attempt to maximize profit, often on the backs of workers.

Some literature has suggested private homes are associated with lower quality of care, according to Elizabeth Kwan, senior researcher at the Canadian Labour Congress.

The Ontario Health Coalition, a booster of public health care, gathered data related to COVID-19 deaths in for-profit, non-profit and public homes in that province from April 28 to May 5.

Dr. Samir Sinha, director of health policy research at the National Institute on Ageing at Ryerson University, said it’s not yet clear if there are major differences between for-profit or private homes this early into the pandemic. All models of long-term care have been struggling with the same problems for a long time, he said.

Canada’s population is getting older, people are living longer and with more complex health and social needs. Rates of patients with dementia in long-term care homes is rising.

“I don’t think that the funding of these homes has kept pace to the level of care they’re expected to be providing,” Sinha said.

Ontario’s Minister of Long-Term Care Merrilee Fullerton acknowledged that province’s system is “broken” and has endured years of neglect. She promised a review once the pandemic is over.

And that’s what all of Canada needs too, Sinha said.

“I don’t know how many deaths we need before we actually do that,” he said.

Federal Health Minister Patty Hajdu said April 23 that she’s considering the idea of a “long-term national project” to examine the issue across all levels of government.

“There is a significant appetite of Canadians and of politicians to fix this situation once and for all; for seniors all across the country, and for their families who love them,” she said.

This report by The Canadian Press was first published May 9, 2020. 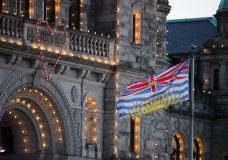 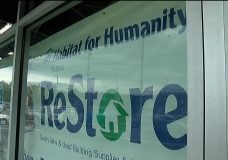 Habitat for Humanity to reopen stores in Greater Victoria