WATCH: BC Transplant has seen a 71 per cent increase in deceased donors since 2013. A Black Creek woman was a recipient of such a donor last year when she received a new heart.

Less than a year ago Grace Dowker couldn’t make it up a staircase outside her Black Creek home without resting half way up. Now she can go all the way thanks to a heart transplant last June.

“It was so meant to be,” said Dowker. “It was like I don’t know who this person was but they kept this heart so healthy and it just matched me perfectly.”

She was diagnosed with congestive heart failure 15 years ago, but medication did wonders until a sudden relapse last spring. She likely would have died within a couple of months if she didn’t get a new heart. Then within days of being moved up the list of patients in need, a donor heart became available.

“I have to admit I really say thank you from the bottom of my heart, I get to see my grandchildren,” added Dowker.

Within 12 hours of the surgery, she was standing and watching her new beating heart on a monitor, a strong new organ that gave her life after someone else lost theirs.

“It’s a pretty amazing gift they’ve given,” said her daughter Jasmine Hopp. “We really appreciate it and are really, really thankful.”

Grace is just one example of a record 502 British Columbians who received a new organ last year. Among them were 339 kidneys, of which 100 came from living donors. There were 50 lung transplants, 77 liver transplants, and Grace was one of 28 people to receive a new heart.

There were 122 deceased donors in 2018, an increase of 71 percent compared to five years ago.

“I wish that I could do that for somebody if I was ever in a position like that,” added Hopps.

ABC Transplant says there are currently more than 1.35 million British Columbians who have registered their wishes to be an organ donor.

As of January 1 this year, 669 people are still waiting for an organ transplant.

You can find a link to register for organ donation here. 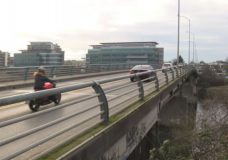 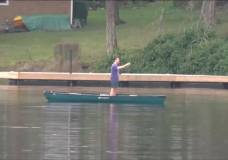