WATCH: A labour of love and respect for our war dead has fuelled a Vancouver Island University history professor to undertake an extraordinary project. Building a national collection of letters, photos and diaries that bring soldiers who are long gone back to life.

Out of a small office at Vancouver Island University, Stephen Davies is bringing the dead back to life.

“When they come to us they’re literally often in shoeboxes,” said Davies, pulling out a recent collection that just arrived by mail.

At the university, he and students are collecting, digitizing and bringing to life thousands of war letters, diaries and photos of Canadians before the aging pieces are lost forever.

“It’s important that we don’t forget who these individuals are that we give a face back to them and bring an element of humanity back,” said Davies.

The VIU History professor started The Canadian Letters and Images Project 19 years ago when he realized that nobody else was going to.

Since then, 35,000 letters have been digitized and many more are arriving all the time along with photos and relics of the past, including some saved from trash or found in thrift stores.

“They came from somebody who had found them literally they were in a charity shop,” said Davies.

The Canadian Letters and Images Project has some heavyweight telling helping the cause.

“I was not only happy but eager to participate in the Canadian Letter and Images project,” said host of Jeopardy and Canadian Alex Trebek.

Trebek has read letters for the website. Michael J. Fox and Dan Akroyd have committed to do the same and Davies is also reaching out to Ryan Gosling in hopes he will to. Famous Canadians bringing the people in the letters to life, so the cost of war shows its human face.

“These are their actual thoughts,” said Davies.

“These are their actual words.”

“Every Canadian should just thank the gentleman,” said Briand. 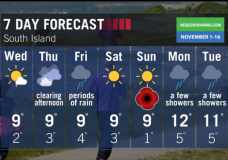 Some sunshine Thursday, showers Friday, then back to sun for weekend 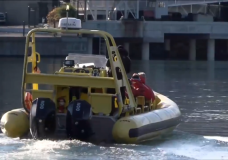