July 27, 2020 updated
Nanaimo RCMP
Nanaimo RCMP are seeking the public's help in identifying a man who was seen on video stealing a travel trailer from a business.

Nanaimo RCMP are asking the public for help to identify a man who was caught on video stealing a travel trailer from a business in the north part of the city.

The video captured the suspect on July 18 stealing the trailer at around 8 p.m. in the evening.

In a video posted to YouTube by Nanaimo RCMP, a male suspect can be seen backing up a flatbed truck, attaching the travel trailer and then driving away from the scene.

Police are describing the male as caucasian, approximately 5’9 in height and as having a medium build.

The video shows the man wearing a grey shirt, blue shorts and a red hat.

The suspect’s truck is being described by police as a “white smaller truck with a flatbed.”

Nanaimo RCMP is asking for anyone who might have information on the suspect or the incident to contact them on their non-emergency line at 250-754-2345.

Also, if anyone has an idea of the trailer’s whereabouts, police are asking you to speak with them as well. 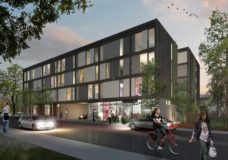 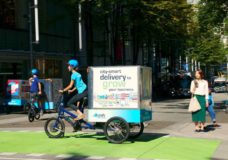