WATCH: Allegations of police and prosecutorial misconduct in Kristy Morrey’s murder investigation have come to light. Morrey was found dead in Port Alberni 12-years ago. Her case had gone cold, but investigators turned to Larry Darling, her ex-boyfriend. And now court documents obtained by CHEK News cite major missteps during the investigative process that lead to charges against Darling being stayed. Kori Sidaway reports.

Kristy Morrey was found dead in her Port Alberni home on August 20th, 2006. Twelve years later, following a lengthy investigation, the question of who is responsible is nowhere close to being answered.

The Mr. Big police tactic was ruled by the Supreme Court of Canada ruled as fundamentally flawed a year before, but RCMP still carried it out and arrested and charged Darling for the first-degree murder of Morrey.

To the lawyer representing Darling, this was the first of many missteps.

“This case was flawed right from the beginning and carried through right until the end,” said Darling’s lawyer Kevin McCullough.

Charges against Darling were stayed in June, with RCMP and the Attorney General making requests to seal important court documents from the public.

But late Friday afternoon, the judge ruled against those requests, saying the public has a right to know what happened in the investigation.

The information in the documents released to CHEK News hasn’t been proved yet in court, but they paint a picture of an allegedly flawed investigative process, police misconduct, and even the possible destruction of evidence.

One of the documents alleges that Morrey’s aunt Mary Tilley came across documents written by Morrey just a month before she died “articulating the dynamic of the relationship between Kristy and Larry Darling,” and brought them to the attention of deputy regional Crown Attorney David Kidd.

Tilley alleges Kidd responded by saying “don’t give it to me; it would just fuel the fire with McCullough.”

This particular document goes on to report that Tilley then had a conversation with her sister about destroying the documents but has no recollection if she actually did.

Now, she can no longer find them.

Kidd also asked for his name to be protected under a publication ban, but the judge said his leadership role prevented such.

Darling’s lawyer agrees with the decision.

McCullough says an overall lack of openness from the RCMP defined the trial from the outset. Now he’s calling for full and frank disclosure from now on.

B.C. Protections Services said in a statement it’s now conducting a review on the handling of this case, and a report is expected in early fall. 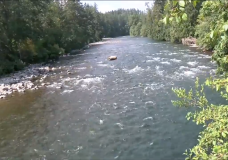 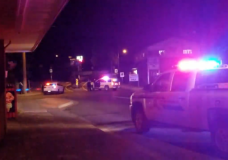